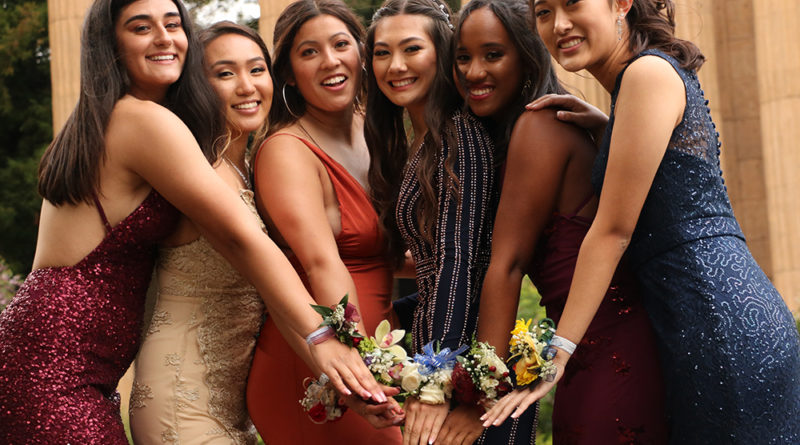 Despite the fears of many, juniors and seniors sharing a prom has not seemed to harm the experiences of either class and has instead allowed for the largest prom in CVHS history.

“Combined prom” as it has been dubbed by students took place on May 11 in the Galleria, an event space in San Francisco, with an attendance of 1,025 juniors, seniors, and dates.

In past years there was a trend of low attendance at both junior prom and senior ball, causing the school to lose money with each prom, so the decision was made to combine the proms to save money. This led to a perception among some students that ticket prices would be lower this year than they had been previously.

“I expected the ticket prices to be lower and I expected prom to be more all out because it was combined,” said junior Din Didić.

However, many attendees were quite happy with the event itself, and the attendance boost and cut costs allowed combined prom to be the first in years to turn a profit.

“It lived up to all my expectations, especially the silent disco,” said senior Lexi Kwon.

“The music could have been better, but otherwise it was quite enjoyable and the venue was very pretty,” agreed junior Marya Gilbert.

Both seniors and juniors saw benefits from having a combined prom. Some were happy to see their friends from other grades, and some were simply happy to have more people.

“I really liked seeing all my senior friends at prom,” said junior Caitlyn Lyons, reflecting the feelings of many juniors.

The dance floor was more packed than usual, which made some prom-goers happy. “It was good that there were more people filling up space,” said senior Jacob Ikuma. “It got everything going a little more. Many people lead to a mosh pit and that’s the sign of a good night.”

The success of combined prom both from a student perspective and a financial perspective has made it a likely fixture of CVHS life going forward.