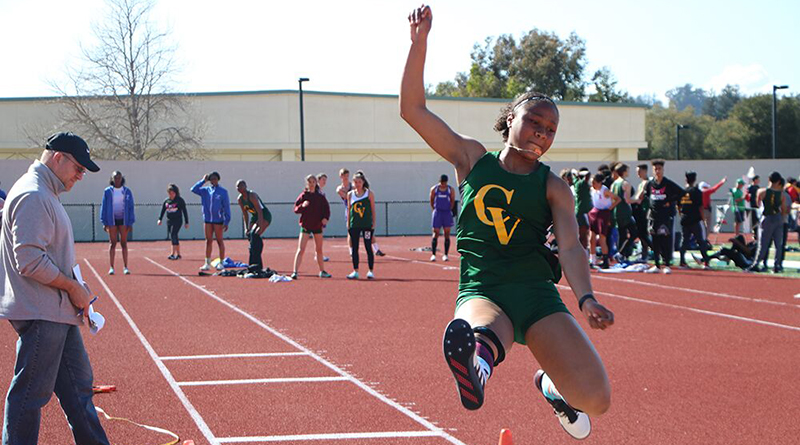 CVHS track teams did a great job getting to that finish line, and racking up point after point.

Nyah Paulding came out on top, after working hard for the past couple of months. She won first place in the 100 meter dash, earning her seasonal record of 12.85 seconds. She also achived first in the 200 meter dash, with a time of 26.77 seconds. She competed in long jump and triple jump as well, and placed second in both events.

Zoe Bursch came in with the storm, with a striking wins. She ran the 400 meters run with a time of 1 minute and 4 seconds. She came out on top with a tremendous lead and finished the race with a powerful stamina. She also raced in the 300 meter hurdles with a time of 49.8 seconds. Bursch made seasonal records in both her events.

For the boys team, Christopher (CJ) Conley performed his oustanding race in the 800 meter run completing the race in 2 minutes and 7 seconds. He kept ahead the whole time and at a steady pace. Conley has showed off his aptitude in variations of running, coming from cross country to running track.

Njata Holland won the high jump in 6 feet and 1 inch, and long jump in 21 feet 1 inch. Conner Kincaid shot put with a throw of 49 feet, 4 inches.