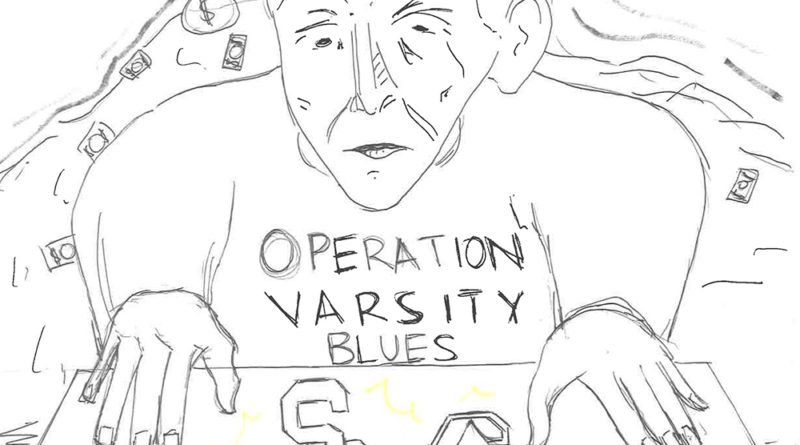 Many big-name universities like Yale, USC, UCLA, Georgetown, and Stanford have all taken investigative actions or fired teachers, coaches, and college admissions officers in reaction to the scandal. They have investigated and found that many of their Division I college coaches were bribed.

Since the scandal was first exposed, students have become outraged at the unfairness of the situation.

“I do not believe that it is fair that money can get you into college especially when people put so much hard work into studying and actually studying to get good scores,” said senior Lexi Kwon, a senior and applicant to many of these competitive schools.

Also named in the FBI investigation were famous Hollywood actresses Lori Loughlin,  Felicity Huffman and others who allegedly paid thousands of dollars in contributions to Singer in order to ensure admission for their kids through sports and bribes. Singer allegedly had impersonators take SAT and ACT tests for the students and faked extracurricular activities and even bribed Division I coaches to accept students directly onto teams, helping them gain admission into the schools.

CVHS seniors and recent graduates who applied to these schools had to compete with circumstances like these. Much of the student body though was not surprised that people were cheating to get into college.

“It doesn’t surprise me that money is influencing factor especially with private schools that like money. I believe that their money would be better used if they donated a building under their last name, at least that building could be used for good purposes,” concluded Kwon.

“As an educator it’s really sad to see that people are cheating their way through the system. I don’t think it’s new and it’s part of human nature. As school counselors we are ethically bound to follow the ethical codes and it’s important that everyone does that,” added CVHS counselor Anne Van Court.

The admission scandal reveals many flaws and shortcuts in the parental pressures to go to brand name colleges and the level of cheating that people are willing to commit. As more and more students and parents are being investigated, schools have begun to take action regarding punishments.

“The kids should be thrown out of the school because the kids who work hard are really the kids who take the tests, study, go to school, and deserve to get in the right way,” added senior Matt Tognolini.

This recent college scandal has caused quite the controversy on campus and throughout the nation. It is a prominent issue that shows a pressurized emphasis on college and corruption of the college admissions processes.