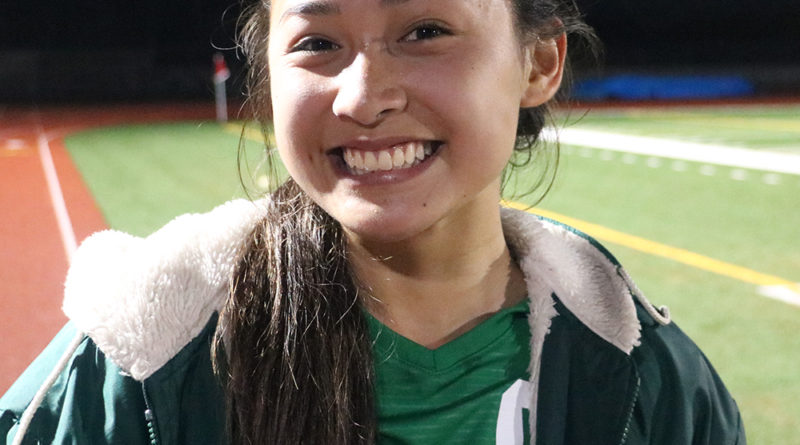 Kylie Rojas, senior and captain of the girls varsity soccer team, has been a committed athlete to Cal Poly since her sophomore year. Rojas started soccer at around age six and currently plays for the San Jose Earthquakes academy.

“One of the most memorable moments for me was being able to compete at the national playoffs with my club team. We had the chance to go to Kansas City and ended up getting third place in the nation!” exclaimed Rojas.

Rojas committed to Cal Poly knowing that it was, “the perfect school for me.” She wanted to remain close to her family and by a beach, and the school more than surpassed those expectations. Rojas described the process of committing as stressful, yet rewarding, as many of her teammates were committing around the same time.

For Rojas, making connections with other people have made the experience worthwhile, as she described meeting some of her bestfriends on her first Castro Valley team. She credits her parents for being her biggest source of inspiration and encouragement.

“My parents definitely encouraged me since my dad played soccer throughout his childhood,” remarked Rojas, smiling as she reminisced her early childhood.

Soccer has been a defining part of Rojas’ high school experience, and her college career will be filled with weekly practices and tournaments as well. She is thrilled to be studying at Cal Poly to discover what she wants to pursue in the future, and remains grateful to what opportunities the sport has given to her life.