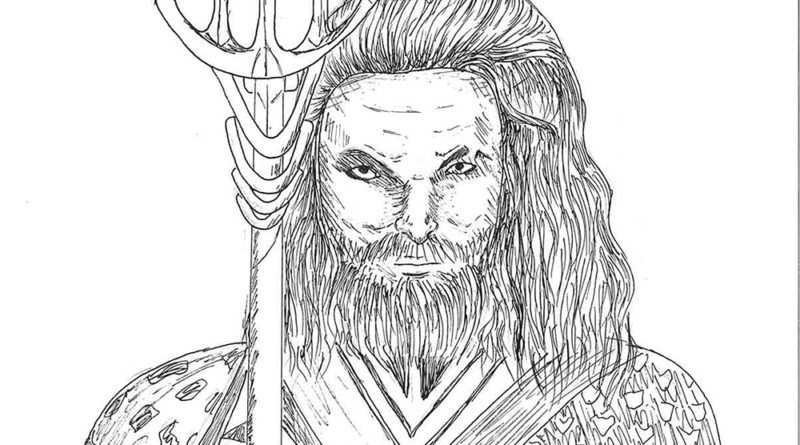 In “Aquaman,” the title character defeats the monster and is worthy of getting the royal trident of the past king of Atlantis. Jason Momoa plays the main character and he’s a great actor for the part. He would never try too hard, and it just felt natural to watch him.

This movie got raving reviews, being a D.C. movie with high expectations. Filmmakers had to bring a lot of effort and money, into bringing this whole visual of the deep ocean. Superhero movies are expected to have great graphics and action in them, and I think “Aquaman” can say that it succeeded checking off those categories.

The movie portrayed a beautiful underwater land of different variations of sea animals we already have along with made up ones. The technology in the movie, visuals, and costumes were greatly detailed. The extra features–makeup, materials, etc.–for the Atlantis people were very precise, and you could tell it took a great imagination.

“Aquaman” is a fantasy/science fiction. It portrays a man who is half Atlantian, living among humans. He was an heir to the throne of Atlantis, the kingdom of the sea, and had to serve his people. For years he has been avoiding going back home, because he didn’t want to take on those responsibilities.

That soon changed, once a threat was upon the kingdom. The Ocean Master, Patrick Wilson, was planning on taking over both land and sea worlds. Aquaman could not let the world fall in the hands of a villian with bad intentions. He battled the Ocean Master who was also the heir to the throne for the spot as king.

Eventually they battled, and Aquaman had to find ways to defeat the Ocean Master. At the end Aquaman stubbled on past interferences resurface and had to handle that as well.