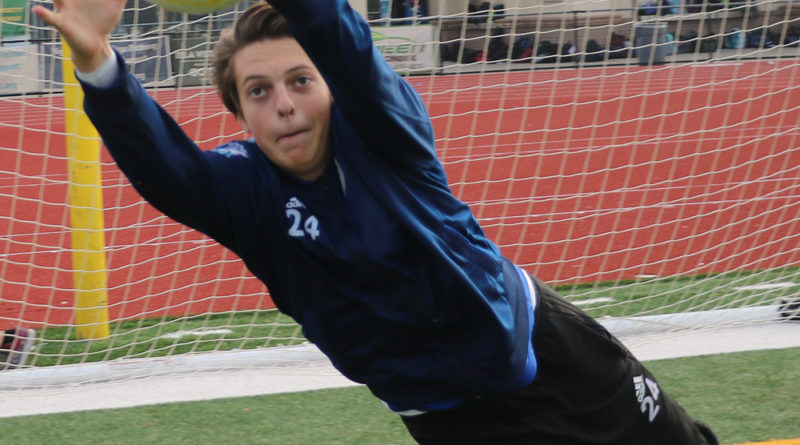 Most people at the age of eight would have given up if they did not make the club soccer team, but not Jaret Unti. Instead, he thought of other places he could play. Dublin was the place he went which ended opening many opportunities for him such as joining the Olympic Development Program (ODP) which is a very limited soccer team that represents the state.

With all the hard work Unti has put into the team as captain and goalkeeper, he has earned everything that is thrown his way.

Unti has been on the varsity boys soccer team since he was a freshman and continues to be on the team as a junior, even becoming captain.

“As a captain you have to motivate the team, bring them together, make sure we have one common goal, as a goalie even if you’re not captain, you’re captain of the defense and team because you see everything so you gotta make sure your communicating well to your team and making sure we’re all on the same page,” said Unti.

Along with being captain of the soccer team, he also has been on varsity volleyball for the school, during his sophomore year. With all these extra activities he still finds the time to get a  GPA of 4.5.

“As a player he’s got the size for the type of position he plays. He’s very quick on his feet and a very smart player as far as reading the play. As a captain, one of his highest qualities is he’s a simple normal kid that doesn’t think too high of himself and leads by example,” said soccer coach Dario Fabian.