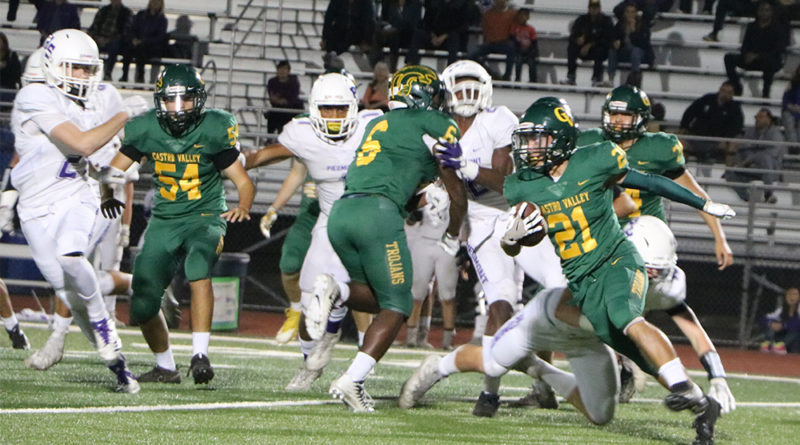 The Trojans varsity football team wiped out Piedmont Highlanders at CVHS on Oct. 26.

Payton Morgan made 30 carries for 379 yards and five touchdowns in the game.

Defensive end Josh Lozano ended the game with a sack of the Piedmont quarterback.

“It felt really good. That was my second game-ending sack,” said Lozano, a junior.

The seniors on the team were very pleased with the conclusion of their high school football career and their victory over Piedmont on senior night. Senior offensive linemen Matt Tognolini, Lennart Richter, Major Greene and Connor Kincaid played their last game for the Trojans and helped the team rush for 570 yards.