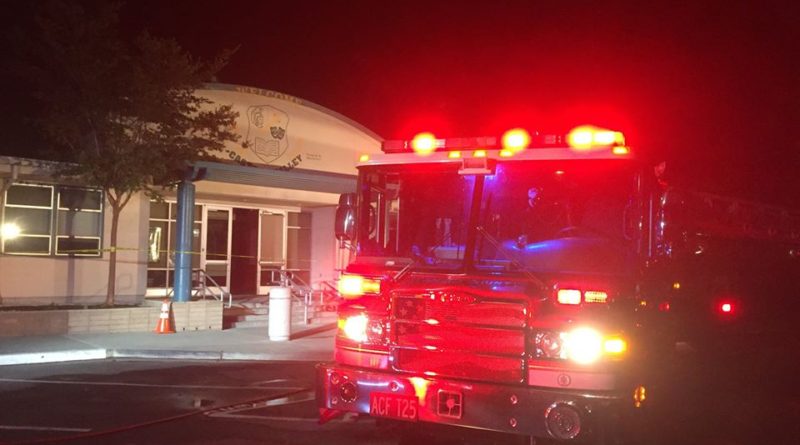 A fire started on the roof of 800 hall at CVHS on Friday, Nov. 2. No one was injured, but security video showed “suspicious” activity and officials are investigating whether arson caused the blaze.

“There is a suspicion that the fire may have been set deliberately,” wrote Superintendent Parvin Ahmadi in a message to families and staff.

The fire alarms went off around 6:30 p.m. and the fire was extinguished minutes later by the Alameda County Fire Department (ACFD).

However, when power was restored, officials were able to review security cameras video which warranted a continued investigation.

“To be clear, the activity depicted in the images are described as ‘suspicious,’” wrote Ahmadi.

The Cabaret concert that night was cancelled as a result of the fire. As the concert was a fundraiser for the CVHS choirs, the night was a big disappointment, even investing $5,000 into macaroni and cheese from Homeroom for the night. The choir program was forced to reschedule the concert to Nov. 7.

Additionally, threatening graffiti was found during school on Friday. In an email sent by Principal Blaine Torpey, “Threatening graffitti was reported that prompted us to alert Alameda County Sherrif’s Office. In conjunction with the Sheriff’s Office, it was determined that the threat was not credible and there was no incident.”

Torpey credited “incredible work of our maintenance and operations team, our custodial team and service providers” for making the necessary repairs which allowed classes to resume on Monday, Nov. 5.