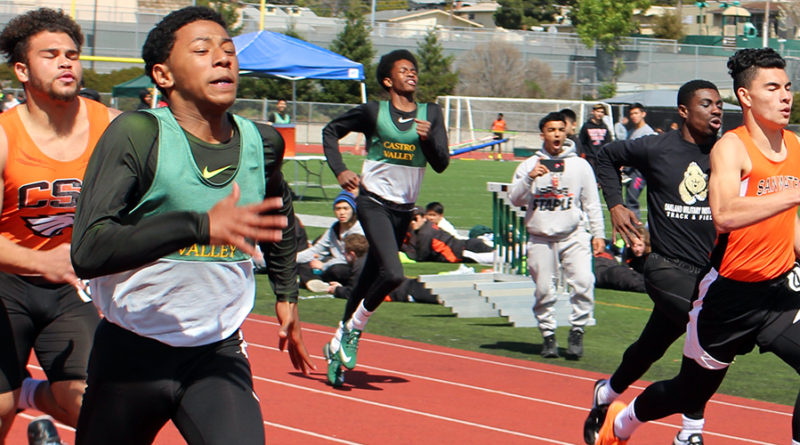 CVHS track and field teams jumped, vaulted, threw, and ran to victory, sweeping all divisions at their annual invitational fundraiser meet where 15 teams from all around the Bay Area competed.

Trojans worked to bring this meet together as well as compete together on March 24, as a majority of the track events during the invitational were relays.

“Distance runners don’t usually get an opportunity to do a relay, so when you get the chance to run with your teammates, it’s really fun,” said Reilly Berberian, senior and team captain.

Berberian participated in the winning relay team in the boys varsity distance medley run with a finishing time of 11 minutes, 29 seconds.

“I was experimenting with different start paces and realized that I was stronger starting off at a medium, not faster pace as I tried during the relay,” said Kaitlin Manning whose team finished second in the varsity girls distance medley relay.