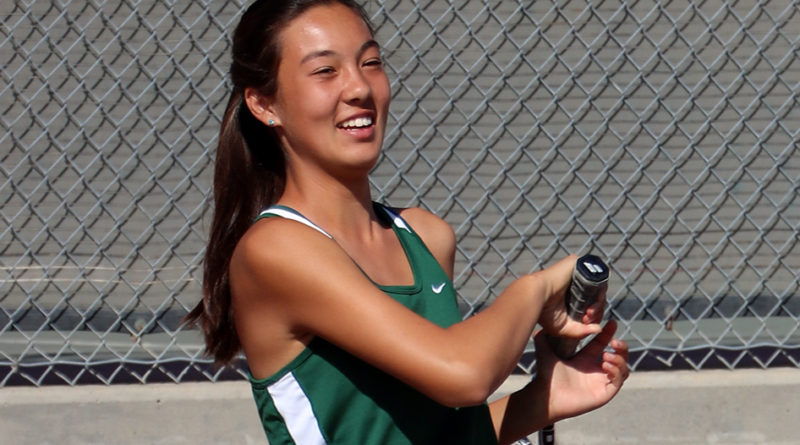 Elena Lottich is a sophomore on the varsity team who outshines her competition. Living only two blocks away from the tennis court, Lottich started playing tennis around the age of six.

“I like playing because I’ve made lifelong friendships with the people that are around me and the tennis community. It’s something I feel passionate and feel really good about,” said Lottich.

Lottich used to also play softball, but seeing as she liked playing tennis more and that it took up most of her time anyway, she committed to sticking to tennis.

“She works really hard. She’s somebody that really cares about tennis. She goes and works with a coach at Chabot several times a week, in addition to being on the best part of the team,” said coach Steve Argyres.

Her strengths include her forehand and serving because those are the aspects of the game she likes the most. “She was all league as a freshman. My guess is she has a good chance be that again this year. She’s only lost once this year,” said the coach.

In the future, Lottich hopes to play division one tennis at Stanford. “That’s a dream and it’s really hard, but that’s the ideal,” says Lottich.

Her passion for the sport shows through her work. Overall, Lottich is one hard worker that deserves to be recognized.