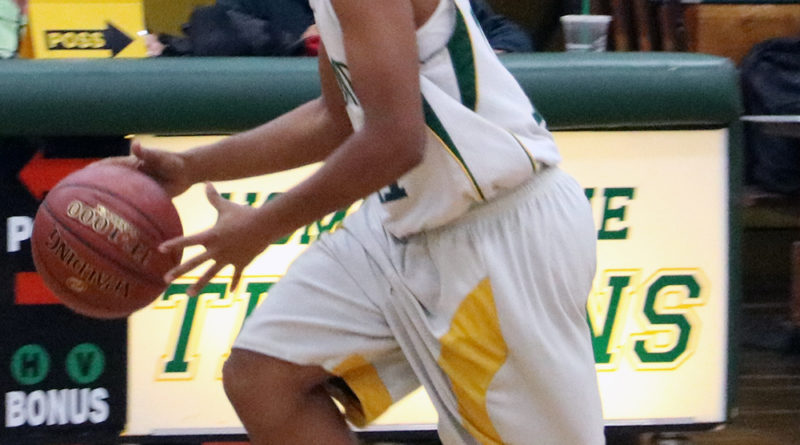 One of Cameron Calvillo’s most memorable basketball games was in the fifth grade when he made a buzzer-beater shot which allowed his team to win in overtime. Still to this day, he continues to work hard and stay focused during the game in hopes of playing on varsity by his junior year.

Since Calvillo was eight years old, basketball quickly became one of his top sports. He is also multi-talented in other sports such as football, baseball, soccer and track.

Coming from CYO (Catholic Youth Organization), AAU (Amatuer Athletic Union), and Canyon Middle School teams, he finds playing on the freshman team at CVHS very unique from the others. Just starting his first season, Calvillo was ecstatic to find that the high school teams were more organized.

Teams also had a more competitive feeling and he found it easier to develop a closer relationship with his teammates because they all see each other at school almost every day. On the aspect of being a strongly bonded team, Calvillo remarks that, “I can count on my teammates more and know how to help them out.”

The basketball season also gives him a chance to “improve in other sports, get quicker, and build up stamina,” said Calvillo. It shows that he is always set to improve his already stellar performance and athletic ability.

“From what I’ve seen and heard, Cameron plays hard, is highly skilled, and is a leader on the courts,” said coach Chris Fortenberry.