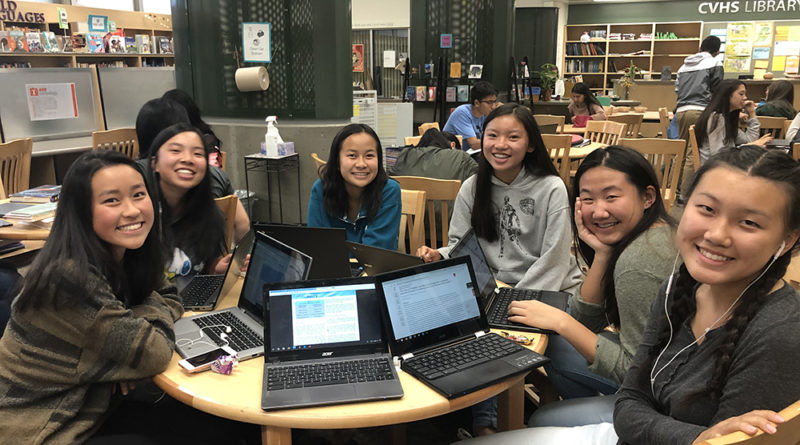 Interested in articulating your opinions of current events on a competitive stage? CVHS has a brand new debate club this year, with sophomore Alison Li as president and English teacher Trent Logan as club advisor.

Li did the legwork her freshman year to start this club. She started debating when she was in eighth grade and was disappointed to hear that CVHS didn’t have a competitive debate team, registered with the National Speech & Debate Association (NSDA). Starting the club was very difficult because she had to prove to leadership that debate club and Junior State of America (JSA) were different.

“The debate club is a super great extracurricular, where you can learn how to effectively debate, go to tournaments, and meet a lot of other debaters from other schools around the area,” said Li.

Meetings are held on Thursdays at lunch in room 917. During the lunch meetings, there are speech drills happening and practice sample debates.

“Debate is the best extracurriculars to put on college applications,” said Logan.

The type of debate the club does is Public Forum, which includes two speakers on one team. They debate about international current events.

Li and her partner went to a tournament in September at Milpitas High School. They plan to go on more tournaments throughout the whole year, and plan to bring more students to represent CVHS as they expand their club.

If you are interested, you can join their Remind @debategods.