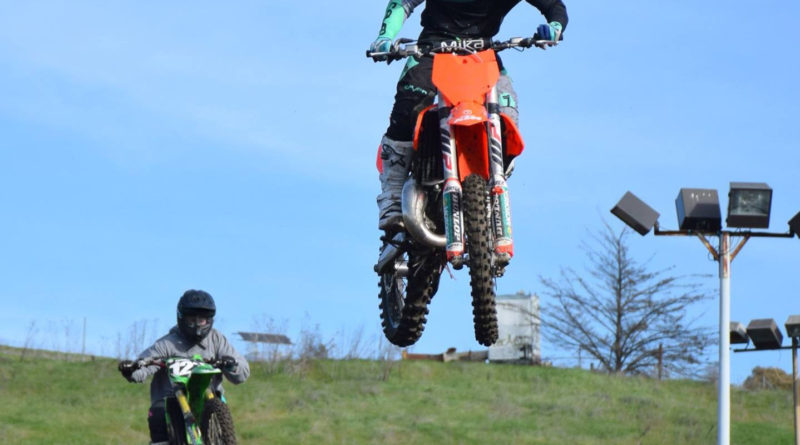 Dirt biking isn’t usually what comes to mind when sports are brought up. Though it’s not very common, dirt biking is an important part of the lives of CVHS juniors Dylan Simao and Cole Briggs.

Because dirt biking is a tradition in both of their families, they started riding at young ages: Simao at two, and Briggs at three.

Now, both race competitively for CP Racing Team, a northern California motocross organization. They can often be found at the Club Moto Motocross Track in Livermore, where they regularly practice for upcoming competitions.

The two both played baseball for multiple years before committing to dirt biking. When asked why he prefers dirt biking, Briggs explained, “It’s the adrenaline.”

“Dirt biking isn’t as much of a team sport, you can achieve things on your own,” said Simao.

There is a friendly rivalry between the two. When asked about his inspirations in the sport, Simao stated, “My friends motivate me to work harder and win more.”

“I started racing for the fun of it, but over time it’s become more for winning,” said Briggs.

Simao is sponsored by Ride365, a dirt bike and motocross supply company. “Getting sponsored has been my greatest achievement in dirtbiking,” he said.

In the future, both Simao and Briggs aim to go far in dirt biking.

“I hope to race professionally one day,” said Briggs. “I also hope to get some first places under my belt.”