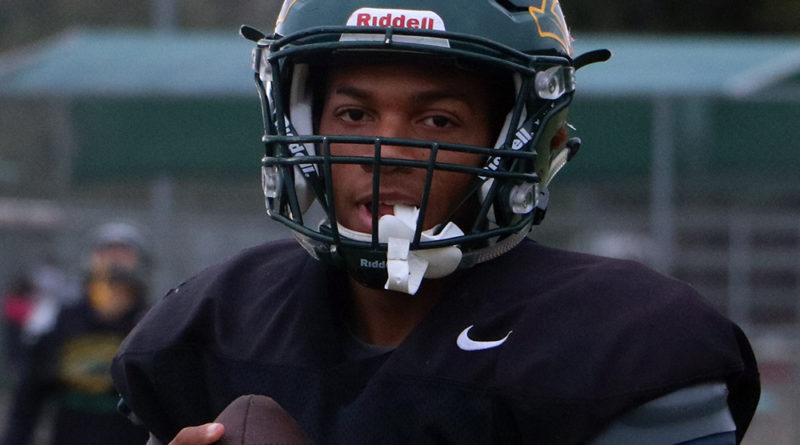 Senior Aaqil Ansar, running back and defensive back of the varsity football team, has scored two touchdowns and 310 yards in the past five games.

“I don’t know what exactly inspired me to play, but I remember being cut from my first team at eight years old, and being so determined to make the team next year. I then developed a huge passion for the sport and never looked back,” said Ansar.

Ansar explained that he idolized NFL players like Marshawn Lynch and DeSean Jackson; they were the reasons for his choice of the number ten jersey.

Aside from football, Ansar has many other interests. He enjoys watching the NBA ,UFC, and participating in track and field. On his social media, you can find him cooking full course meals or showing off the personal haircuts he gives his friends. Excited to graduate with the class of 2018, after high school Ansar said he wants to study kinesiology, and possibly become an athletic trainer or physical therapist if he falls short of the NFL.

“I think one thing that really stands out about Aaqil is that he cares about your well-being and isn’t a selfish person,” said quarterback Daniel Gutierrez. “He just wants to see others succeed. He is also a great competitor on the field and is someone I look forward to playing by my side every Friday night, because I know that he is going to give 110 percent for every single play. Aaqil inspires me because he is such a dedicated person and I haven’t seen anyone work harder in the off season than he does.”