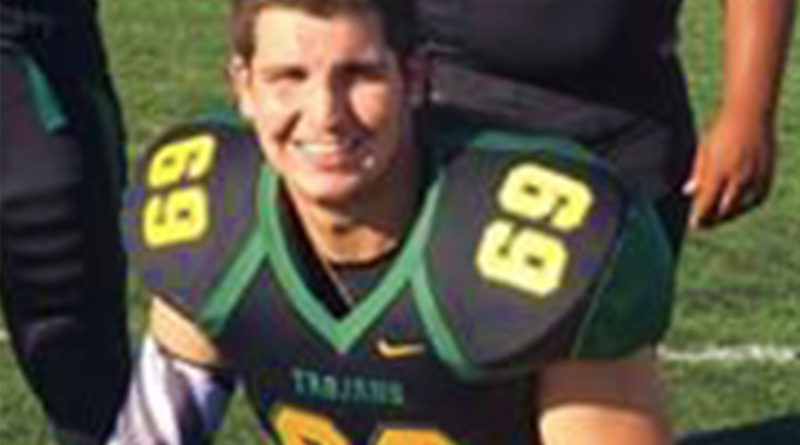 At 6 feet 7 inches, Tyler Nunnery is hard to miss. But there’s more to this Trojan football star than his size.

“He has become one of the leaders and a tremendous worker. Overall, a great young man,” said Coach Denny Molzen.

Nunnery has made his mark on the CVHS football team as a defensive lineman for over two years. He has encouraged the team to appreciate football and the meaning of hard work in the game. Most of all, he has encouraged simple kindness.

“Never a quitter and the hardest worker in the team” said senior teammate Robert Baskin.

Though Nunnery has been playing football for eight years, rugby is his true passion. He’s played this demanding sport for ten years.

“I played football just to have fun and hang with the team, but my passion is rugby,” said Nunnery.

“Why wasn’t he playing for the full four years?” asked Molzen when Nunnery tried out for the team junior year. “I do believe he has the potential to go to the next level, but I know his passion is with rugby and it it his decision to make,” said Molzen.

Nunnery has earned his respect through leadership.

“Confident guy, never misses practice and has my back no matter what,” said teammate Michael Anderson.

Nunnery is one of those guys who has shown a tremendous leadership, as well as a good and solid friendship with all of the members of the team.