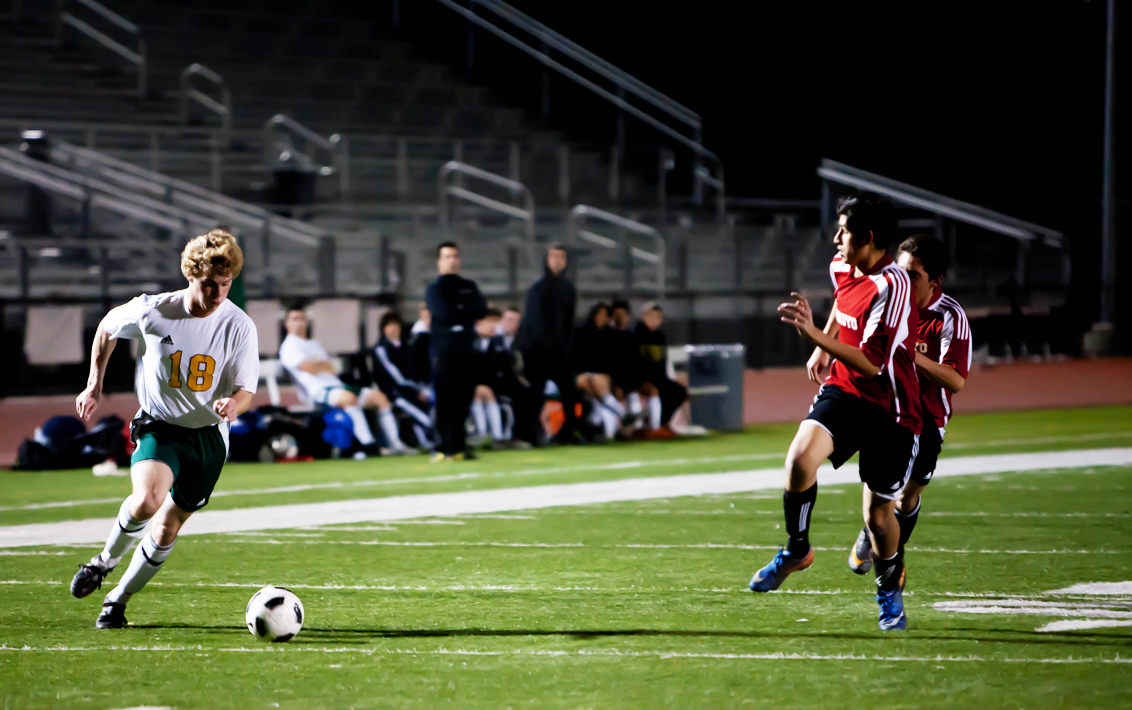 After an intense game against the Arroyo Dons on Jan. 27, the CVHS boys varsity soccer team emerged victorious by a score of 3-1.

During the first half of the game, the Trojans made some close attempts at Arroyo’s goal, but did not succeed, while Arroyo managed to score once.
At one point, the ball was kicked, causing it to sail into the bleachers, drawing a few screams from the crowd. Luckily, no one was hit.
At the end of the first half, the score was Arroyo, 1, CVHS, 0. Arroyo’s lead, however, did not last. Twenty-seven minutes into the second half of the game,
Andrew Kiland, assisted by Sina Edalatjavid, and Gabriel Morfin-Guzman scored two goals, and Trojans were leading 2 to 1.
Later, much to the Trojan spectators’ dismay, Arroyo was awarded a free kick by the referees. In a defensive move, the Trojans formed a wall of players. Arroyo
kicked it high, over the heads of the wall and, unfortunately for the Dons, over the goal, missing an opportunity to even the score.
The game continued, and with less than two minutes left, Erik Flores, assisted by Camilo Riveros, scored another goal for the Trojans.

Goalie Jason Wong made a total of three saves.

After a long game and playing hard the whole way, the Trojans were rewarded with a well-deserved win.
“It was great to come back,” said Gordon Tse. “The season has been not so great so far, but we still have a chance at NCS. We are still fighting.”
The team plans to continue to do its best and prepare for its upcoming games.
“The next game is another opportunity to win,” Tse said.