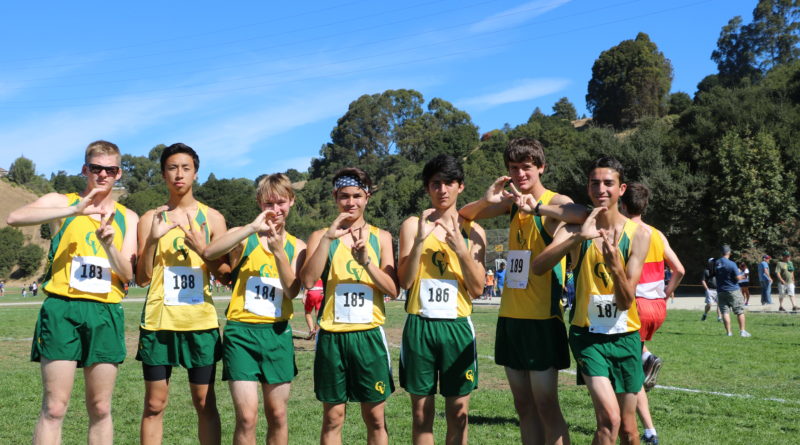 The CVHS cross country teams ran at the annual Castro Valley/Peter Brewer Invitational with good overall results, and are proud of their achievements.

“It was a good turnout and the kids ran well, but there is always room for improvement,” said coach Dino Cardiasmenos.

The girls junior varsity team, along with the girls freshman/sophomore team, also placed second in their respective races. Third-year runner Mikaela Klein, junior, placed third overall in the 2.1 mile course with a time of 16 minutes and 36.5 seconds, half a minute shy of her personal record from her freshman year.

Our boys varsity team placed tenth in the overall results with a combined score of 233. Skyler Bowersmith, junior, finished with a time of 18 minutes and 37.5 seconds, placing 24th overall in the race.

The girls varsity team placed fourth overall out of nine total teams with a combined score of 90. Danika Newlin, a senior and fourth-year runner, placed third in the overall results with a time of 21 minutes and 26 seconds, her personal best.

The freshman/sophomore boys team placed fourth overall in team scores out of 14 teams, with a score of 142. First-year runner Hunter Bowersmith, sophomore, placed third on the 2.1 mile course with a time of 13 minutes and 1 second, wowing the coaches and his team.

The girls freshman/ sophomore team placed second in the official team scores, scoring a total of 90 points. Olivia Davidson, sophomore, ran the 2.1 mile course with a time of 15 minutes and 28.3 seconds, her personal record. Overall, the team stuck together as a pack during the race, leading them to victory.

“The invitational was fun for everyone involved and everyone got to volunteer, meet the parents, and raise money for the team,” said sophomore runner Kaitlin Manning.

The Castro Valley/Peter Brewer Invitational is an annual event the cross country team holds. This year marks the 24th anniversary; it is primarily held to promote athleticism and cross country in the North California region as a whole, but it is also held as an annual fundraiser for the cross country and track program in which the team and parents pitch in and volunteer. The meet honors Peter Brewer, a former CVHS teacher and coach who led the school’s cross country program for 25 years.

Overall, the CVHS cross country team scored well despite difficulties on the day of the race, and is looking forward to competing in more races in the future.