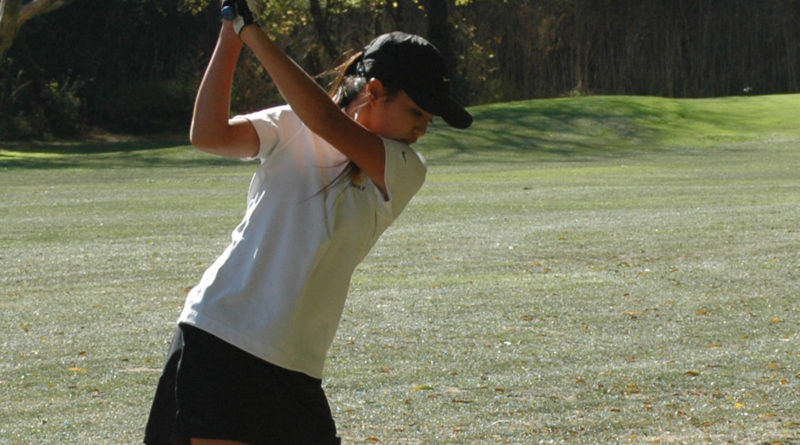 The CVHS girls golf team scored 246 strokes while Alameda scored 230, and Berkeley scored 315 strokes at Castro Valley’s Redwood Canyon on Sept. 22. The game was a tight match between Castro Valley and Alameda High, with 16 strokes between the two, although it was a non- league match.

The game started slowly, but as soon as the game started to pick up pace, the girls were on a roll. With 12 girls on the team, the Trojans plowed through the 18 hole golf course with expertise and control. Throughout the game there were many encouragements from all teams to all players. “I actually like meeting new people and playing with everyone, it’s really fun,” said sophomore Tara Ng.

The golf course was filled with trees and rough terrain such as small patches of sand, a creek, and small ditches along the sides of the course. This of course makes for a beautiful and peaceful setting, but the main focus was on the game. While at hole three, junior Eman Nagi said, “I could be doing better, but so far so good.”

Although the game is slow-paced, it allows for a relaxing and entertaining game. Coach Darrell Lavin constantly encouraged the girls and gave them pointers throughout the game, and it shows with the expertise the girls have on the sport.

The CVHS girls golf team is currently 5-1 in league play. As of now, the team has won against Piedmont and San Leandro twice, with one win against Berkeley and one loss to Alameda.

When the game was finally finished, sophomore Merced Vu said, “I feel like I could have worked on some stuff to get  a lower stroke score, but overall I think I did very good.”