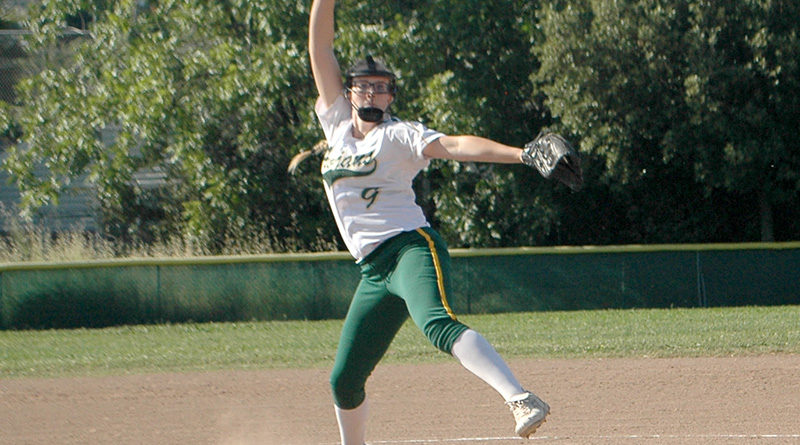 The girls varsity softball team enjoyed an overwhelming victory against Berkeley High School, improving their impressive record in the WACC and securing the league championship.

With a score of 10-0 in the sixth inning, the game ended prematurely due to the ten-run mercy rule.

The game started out with some great standout runs by seniors Leilani Huey and Delaney Heller, who helped the team build a four-run lead by the third inning.

Their consistency in the early innings culminated in a rapid series of runs in the sixth inning. Hits by several players filled the bases for senior Traci Shaw, who hit a breathtaking home run.

Huey then brought the game to a close with a final run, closing out the Trojans’ final six-run inning.

For senior players, this game marked a triumph not only for this season’s team, but also for their careers at CVHS.

“I feel like I was just in the zone, thinking that it could possibly be my last game on this field. I was focused the entire time and I wanted to go out with a bang,” said Shaw.

Although the girls hope for a long postseason, with games extending into the NCS championships, this game was in many ways a symbolic sendoff for the talented group of seniors on the team.

“The team’s goal is to win NCS now. I have seven seniors on our fantastic team. Everybody works really hard. We’re at a point this season where we’re really having fun,” said coach Marie Gray.

The talent on this team has not gone unnoticed by universities; six out of the seven senior girls will continue to play in college. Five of them, including Shaw, received scholarships.

Shaw will play next year for Sacramento State’s team. For her and the others, the CVHS team was an integral experience that led them to their successes.

“This season, I feel like I’ve improved mentally. I stay in the zone and stay positive the entire time. As a team, I think we’ve learned each other’s strengths and weaknesses, and how to play around those weaknesses,” said Shaw.