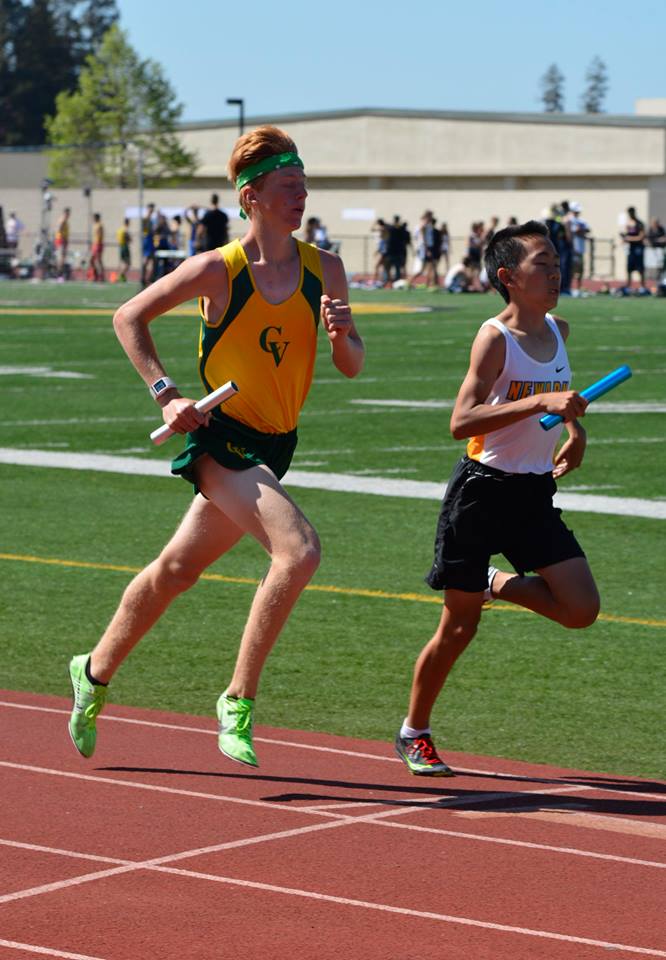 CVHS hosted its annual Castro Valley Invitational track meet on Friday and Saturday March 27 and 28. The meet featured over ten events with rivals from eight other high schools, including competition from schools such as Northgate, Newark Memorial, and Benicia.

The meet started off with a bang at 4 o’clock when the sound of the gun went off for the distance medley resulting in an easy win for both the girls and boys frosh-soph teams.

After the start of the meet, it was apparent that CVHS had a strong group of athletes doing field events. Among standouts on Friday, sophomore high jumpers Maya Moore and John Anthony placed first in the high jump. They both went on to place in the varsity meet the following day. Other standouts included freshman Aaqil Ansar with a first place long jump of 19’4 and sophomore Emily Davidson with a winning triple jump of 39’3 followed by second place Bailey Jones with a close 29’5 triple jump.

The frosh-soph girl sprinters turned up the heat on the track early on when the girls 4×100 meter relay team took first place. Many of the same fast girls were back on the track for the 4×800 meter, 4×400 meter, and sprint medley relays. This includes Brittany Bracy, Giana Wright, and Qi Qi Liang who were on the winning 4×100, 4×400, and sprint medley relay teams.  Sophomore Maiya Hutchinson was a part of all three winning relay teams, beating her previous varsity times and obtaining six first place medals from both days.

“We’ve been training all season so I knew that I had to come out strong since the competition is never easy and you never how people are going to perform,” said Hutchinson.

Several underclassmen got back on the track the next day for the varsity meet, including freshman 300 meter hurdler and sprinter Allanah Lee who placed first in the 300 meter hurdles on both days.

Senior varsity jumper Kennedy Jones jumped over the competition, winning the triple jump with a 39-foot mark, which brought her up in the ranks to one of the top three in the state. She also placed second to Landrum in the long jump.

CVHS faced some competition, but ultimately it was clear that the athletes had been working hard in order to sweep the visiting competition.