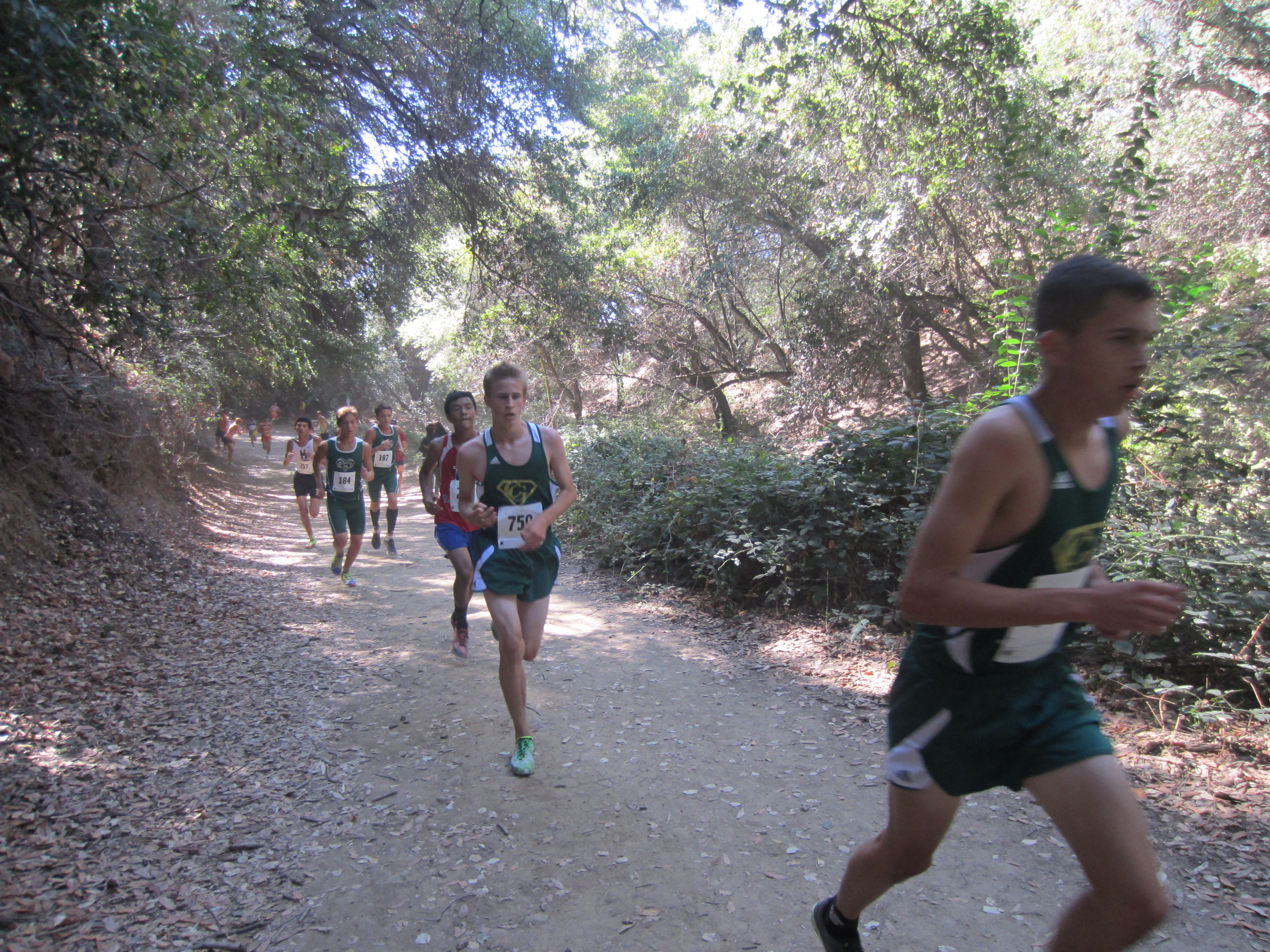 Intense would be one word to describe the parents, runners, and coaches who were in attendance of the Castro Valley Cross Country Invitational meet on Oct. 11.

Over 30 teams from schools all across northern California came out to Canyon Middle School to compete.

Although Castro Valley held the meet, many CVHS varsity runners did not compete due to SAT tests being scheduled the same morning, though Trojans did compete in 2.1 mile junior varsity races.

The JV girls ran first, and began with an impressive start. After nearly 15 minutes of running, and loud encouragement from parents and coaches, junior Sarah Fung finished in not only first for Castro Valley but also overall. Her time was 14 minutes and 41 seconds. She and junior Jessica Yin both finished in the top ten with Yin’s time being 16:34. Although two CVHS runners placed in the top ten, the Trojans came in second with a score of 66. The winning team of the race was El Cerrito High School with a score of 47 and four runners in the top ten.

Next ran the JV boys, who got off on a much faster pace. After only 13 minutes, 16 boys had already finished their race. Junior Peter Normann finished in first place for CVHS and second overall with a time of 12:47. Eric Perez of Cal High came in first. With three runners finishing in the top 20, the Trojans placed third with a score of 96, just behind Monte Vista high with a score of 72 and Campolindo High with a score of 85.

With so many schools competing, the race was very eventful and ended with many successes from students from all schools.