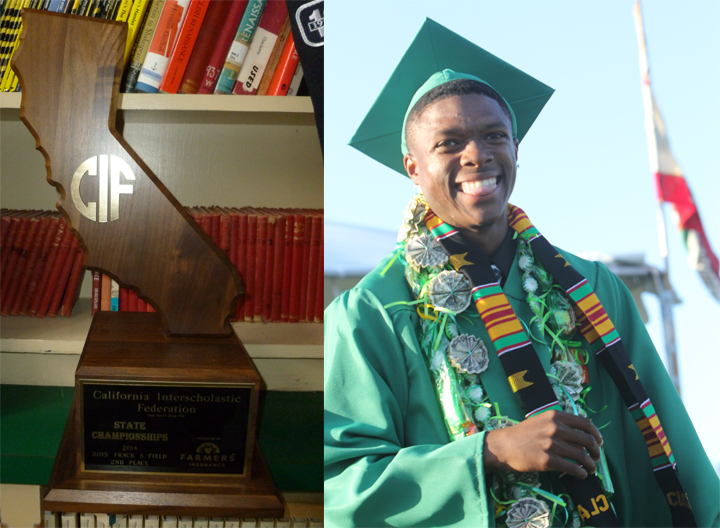 Moore put on a show at the state track and field championships, taking first in both the boys triple jump and the long jump, along with being a driving force in his 400-meter relay team, which won second place.

The Oregon-bound senior has quite a reputation on the track, being the first boy in state history to win the triple jump and the long jump in consecutive seasons.

In the boys long jump, Moore flew for 25 feet, 8 and 3/4 inches, the best mark at the state championships in 25 years and the best jump in the nation this year.

In the boys triple jump, Moore soared 51 feet, 4 inches, his personal best and another nation-leading mark.

Kennedy Jones added to the Trojans’ success in the girls triple jump, finishing sixth with a mark of 39 feet, 4.75 inches.

The week before, the boys won the NCS Meet of Champions for the first time in school history. The team as a whole achieved great success in coming in second at the state meet by only two points.

All athletes performed to the best of their abilities and showed true Trojan greatness, making the 2014 state track and field meet one to be remembered.