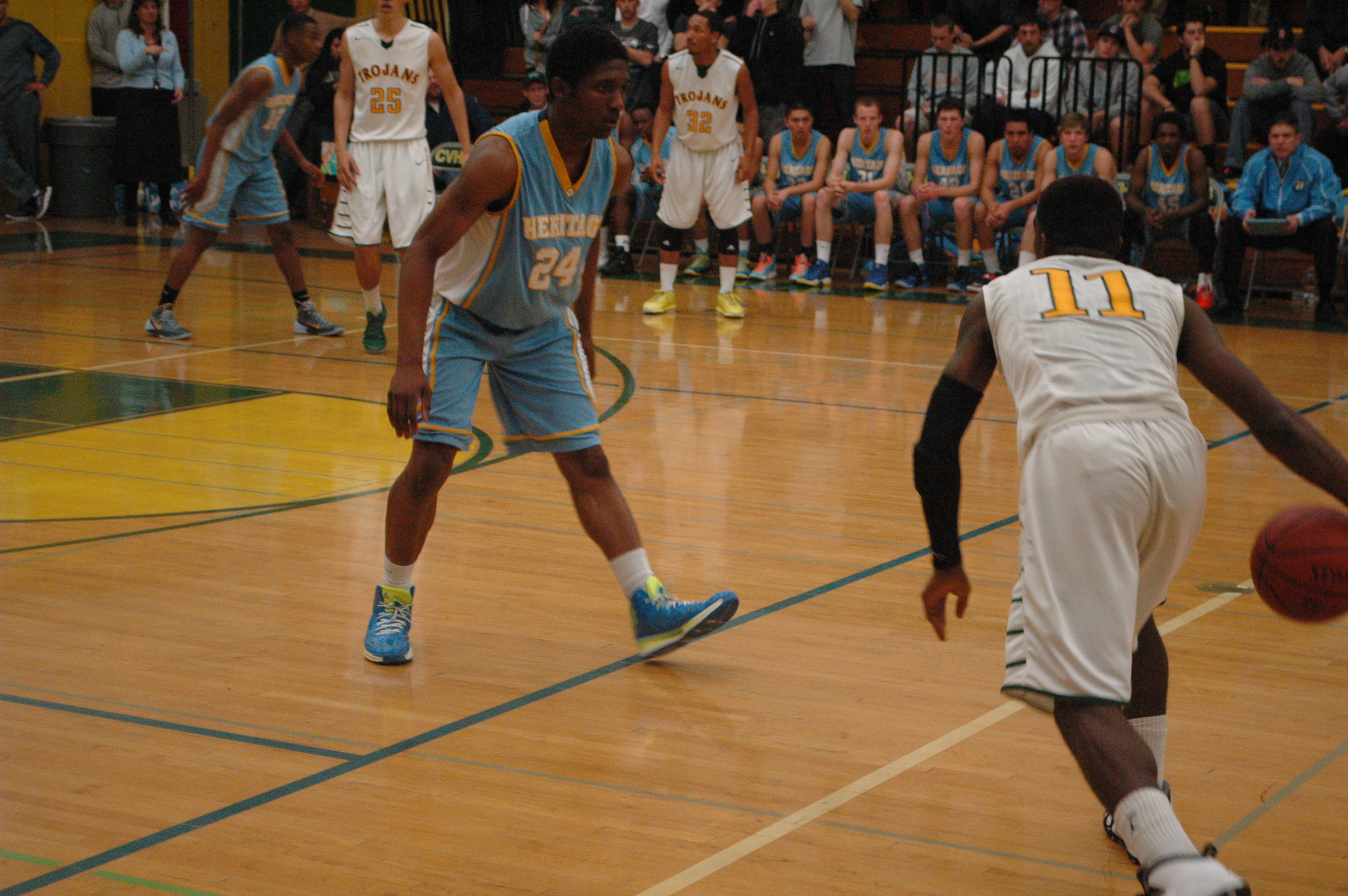 As the boys varsity basketball team went to the NCS playoffs, the Trojans knew that every team they played would be hard to beat. On Feb. 25, they knew their game against Heritage would be a tough game, and unfortunately the Trojans lost 67-64.

As the first half came to an end, the two teams fought for the upper hand and the Trojans walked to their lockers leading 34-31. However, this didn’t get into the minds of the Patriots, who came back into the game hungry for victory. Scoring 15 points the third quarter to the Trojans’ nine, the Patriots put CVHS behind to start the fourth quarter.

The Trojan Den was able to get the other team caught off guard when shooting by making loud noises and screaming, which could have helped the Trojans as well getting the rebounds and scoring.

“We had a solid season and I did good but could’ve been better. The team this year was great and my plans are to just come back next year in shape and ready,” claimed Lawrence Johnson, who scored 12 points, nine of which were by three-pointers.

After the loss, the Trojans fans were satisfied by their team fighting hard and not giving up, shouting “Castro Valley!”

“Overall we had a really good season and in league finishing first or second. Tonight was a struggle because they had a lot of talent,” said coach Pete Vaz.