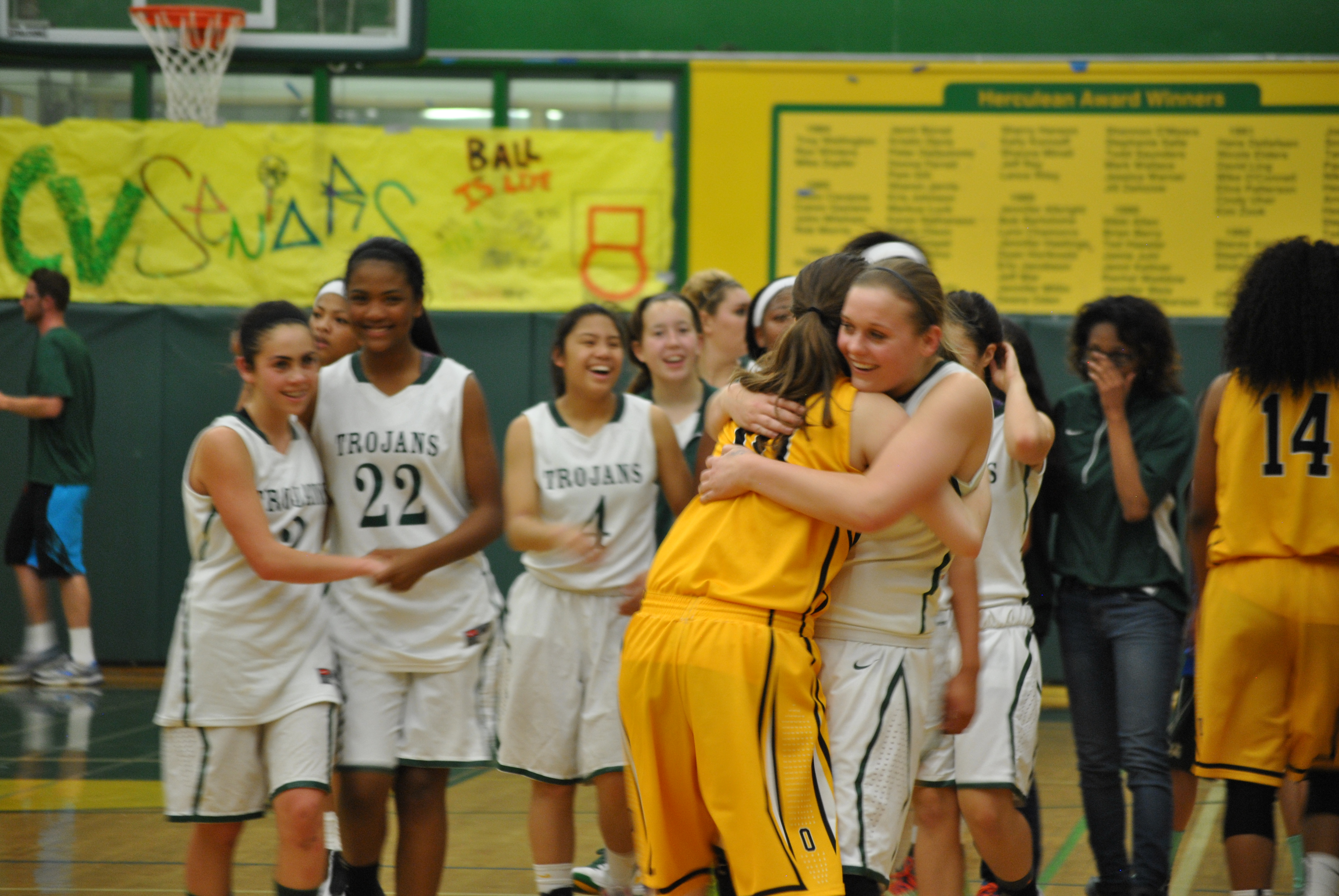 The CVHS girls varsity basketball team fought valiantly against the Mission San Jose’s Warriors, but was defeated in the end by a score of 42-40 in the first round of the NCS playoffs on Feb. 25.

Halfway through the third period, the Trojans were leading by five points, 25-20.

The crowds were standing up, chanting, and roaring out cheers at the displeasure of score for one side or an unreasonable foul for the other.

At the last one and half minute of the fourth period, the crowd waited in anticipation as they watched the Warriors take a shot in slow motion. The shot dictated whether the Trojans or Warriors were going to be the victors of the game.

The ball made a swoosh into the hoop and the Warriors led the game by one point, 41-40.

“It was a pretty good game, even though it was close. The fact that varsity made that foul in the last minute and half of the game is what made CVHS lose the game,” said Tanya Tuttle, a spectator of the game.

As the last seconds on the clock counted down, the Trojans wrestled for their win and dashed through the court. However, the Warriors managed to steal the ball away, scoring yet another point during the final 20 seconds of the game.