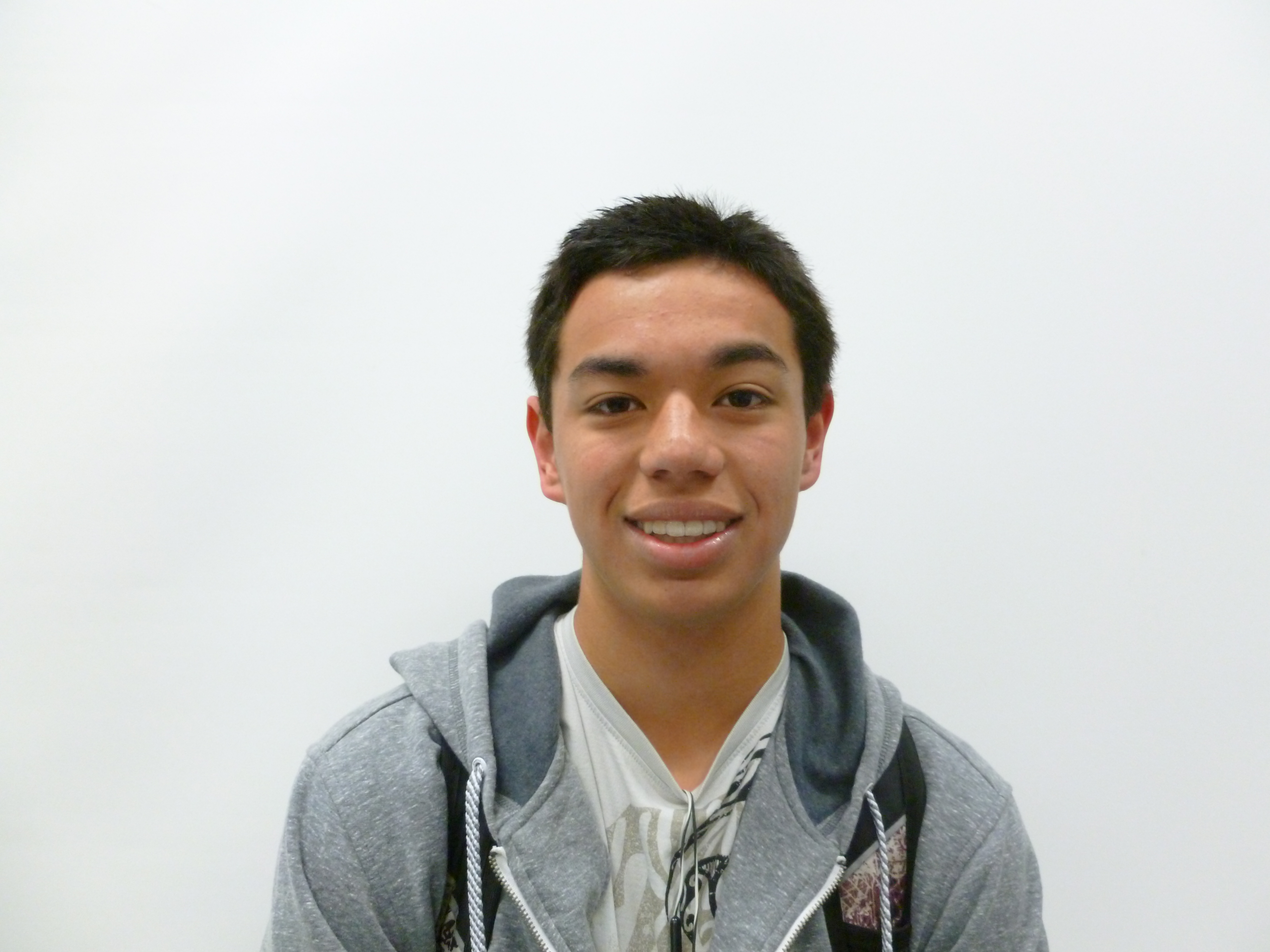 Freshman Kailani has been cheering for six years, and it is her first year as a CVHS junior varsity cheerleader.

While attending Creekside Middle School, she cheered for two years and loved it.

When she was younger, she was a Junior Raiderette and was able to cheer at a few Oakland Raider games.

“I really like cheering for the high school because I get to meet a lot of new people through it,” said Frey.

So far, her freshman year has been successful due to her good classes and making many new friends.

She plans on continuing cheer throughout high school and is working towards making varsity cheer next year.

Esiason Rodriguez has been wrestling for the past four years, pushing himself to overcome every obstacle.

As a CVHS varsity player, he has also placed in second and third. Unfortunately, he dislocated his shoulder during a match, but will hopefully be wrestling again soon and continue his great effort and success.

“I’ve wrestled for about fours years, but had to stop. Middle school wrestling was, for sure, easier than high school, but that’s expected because now I’m on varsity.”

Anthony Caracol, junior at CVHS, has been playing soccer for ten years and is midfielder and defender for the boys junior varsity soccer team.

His season so far has been exceptional, from making new friends to even scoring a few goals.

“I really like playing for the high school. It’s awesome,” said Caracol.

He plans on continuing his high school soccer career and is training hard to be on varsity his senior year.

Caracol’s competitive flare has made winning his favorite part of soccer, and it has shown in how well the JV team has been doing.

Although it is her first year dancing for the school on the varsity dance team, she has been dancing for 15 years.

Her favorite part about the dance team is cheering for our CV Trojans, dancing in front of the student crowds and being near the Trojan Den.

In her free time, she dances ballet and performs in a series of recitals. After high school, she plans on attending a college of her choice, and of course, continuing to dance.

“I love how my daily problems just go away when I’m dancing,” said Warhurst, expressing her passion for dance.