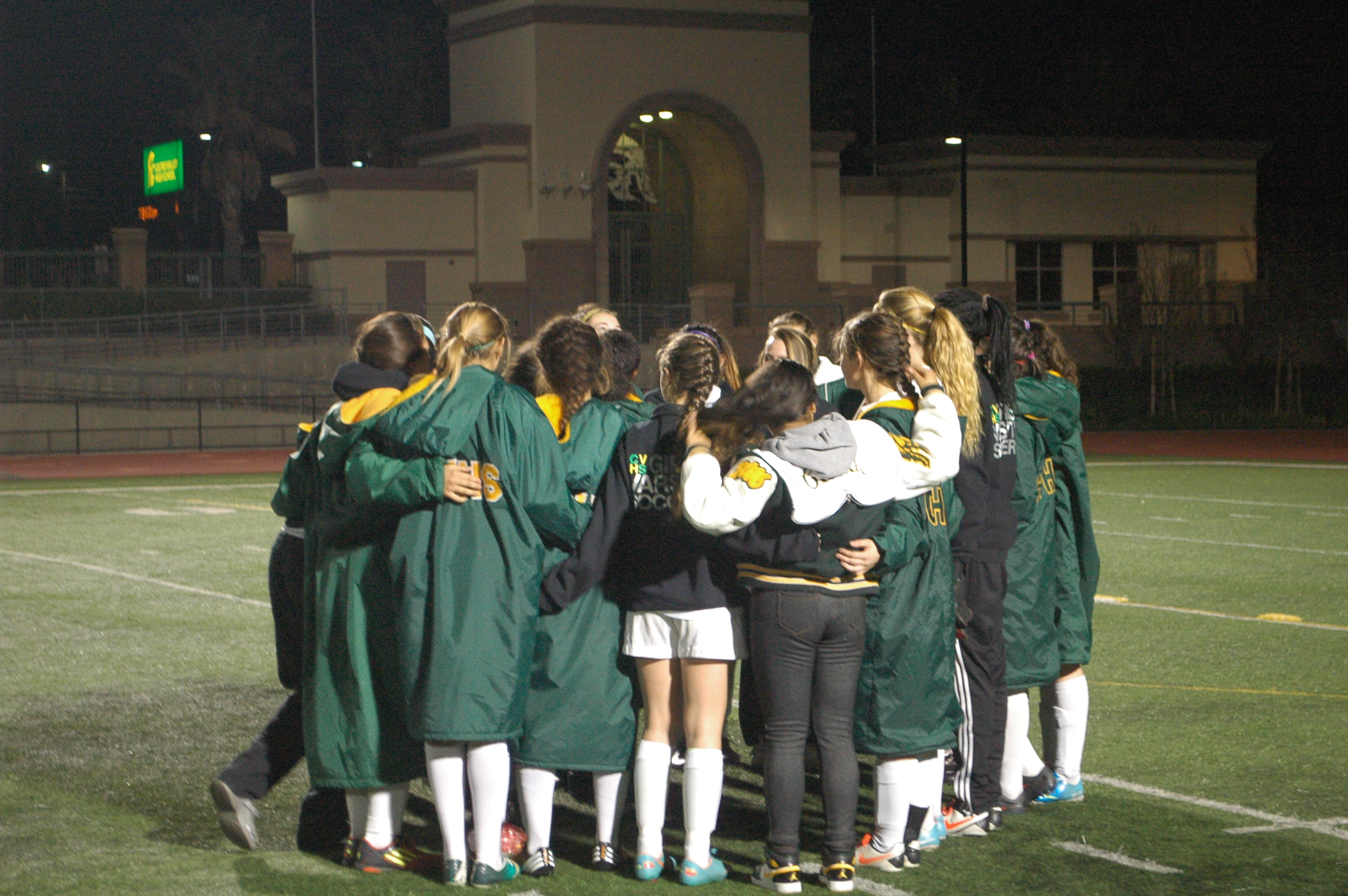 The girls varsity soccer team played an exciting game against Arroyo on Jan. 31, as the Trojans defeated the opposition, 6-0. They wanted to prove that when they play, they are serious about winning, and that’s exactly what they did with their rewarding win.

As the two teams warmed up, it was already clear that the Trojans were eager to win. When the whistle blew to signal the teams to get ready for the first half, both teams shouted to pump each other up. It seemed that as the other team was hardly heard, the Trojans cheered loudly, exciting both the team and the crowd.

“The performance was really good by the whole team and we held the ball well,” said coach Paul McCallion. “The forward did great shooting.”

Although both teams fought hard, the first half ended with Trojans leading, 5-0. However, falling behind, the Dons knew that they must put up some defense to stop the Trojans. Luckily, the Trojans were able to score another goal and prevent the other team from scoring, ending the game 6-0 and proving as a clear statement that they were there to get the job done.

“It was not my best performance and I could’ve done better. But I’m happy that we won 6-0,” said sophomore Victoria Kiani.