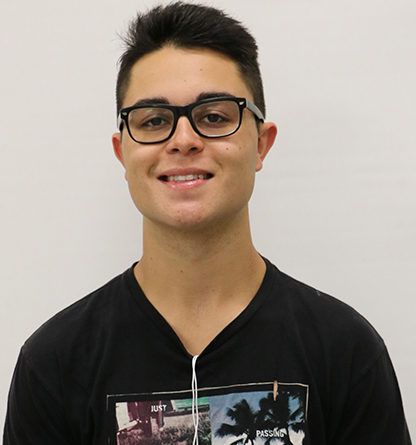 Jordan Peele is commonly known for his comedic roles in TV shows such as Key and Peele on Comedy Central, but decided to flip the script recently. He directed one of the most thrilling, action-packed movies that will have you on the edge of your seat the whole time.

What would seem to be a drastic change in genre for the 38-year-old actor/comedian actually ended up being extremely natural for him.

The movie is the fastest to surpass $100 million in the U.S. box office. Get Out’s main character is played by Daniel Kaluuya, who has also acted in Netflix’s popular TV show, Black Mirror.

Kaluuya plays a young African American man who is about to meet his white girlfriend’s parents in their secluded suburban home, and is a little nervous. When he arrives there, he immediately gets the vibe that there is something unusual with the situation. Nearly everyone there is white, but the few other black people act extremely strange as his girlfriend continues to assure him that everything is fine and well.

Things progressively get stranger and stranger until your heart is racing and you don’t know what to expect next. One of the more popular scenes in the movie has sparked an internet sensation known as the #getoutchallenge, in which you reenact a scene in which a character runs toward the camera in a frightening fashion.

Kaluuya does an amazing job acting in this heart-racing thriller, and really sells the plot well. I highly recommend this film to anyone, and everyone.

One thought on ““Get Out” makes you want to stay”