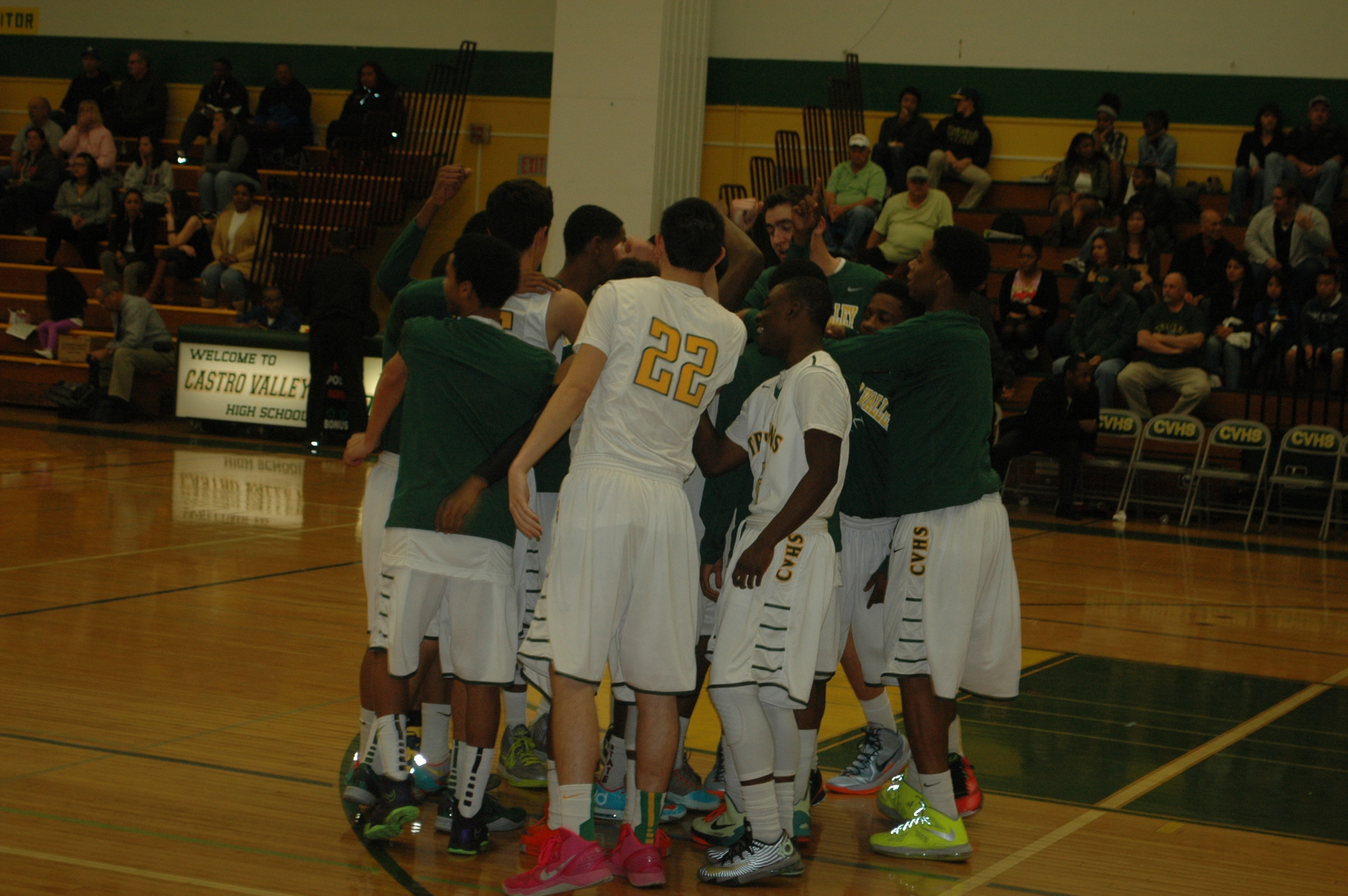 As the varsity basketball team went against San Leandro High School, the Trojans fought a vicious battle and emerged triumphant, winning 57-51. The game continued, and the Trojans knew that they couldn’t back down and had to end the game with a bang.

When the first quarter came to a close, a Trojan was able to hit a buzzer beater, ending the score 17-12. That didn’t intimidate the Pirates, however, because when the second quarter arrived, the score rapidly changed when each team fought back with back to back points. Luckily, the Trojans were able to withhold the upper hand, ending the first half 27-24.

As the second half continued, Nate Moore slammed a monstrous dunk to ignite momentum throughout the team.

“Yes, I think that the dunk really set momentum and I believe overall I did well,” said Moore.

With the game coming to a close at two minutes remaining in the fourth quarter and the Trojans losing 34-38, the crowd knew that something had to be done in order for CVHS to win. With a lay-up and penalties, the Trojans satisfyingly produced a 57-51 lead with seconds remaining.

Jalen “El Chico” McFerren had 11 rebounds, two three-pointers, and a total of 29 points. Moore also had scored four points and made the vicious dunk that set the momentum of triumph for CVHS.

“It was a good game and since I knew people on the other team it set a sense of rivalry. I think I did ok, but overall, the team did great,” said McFerren.