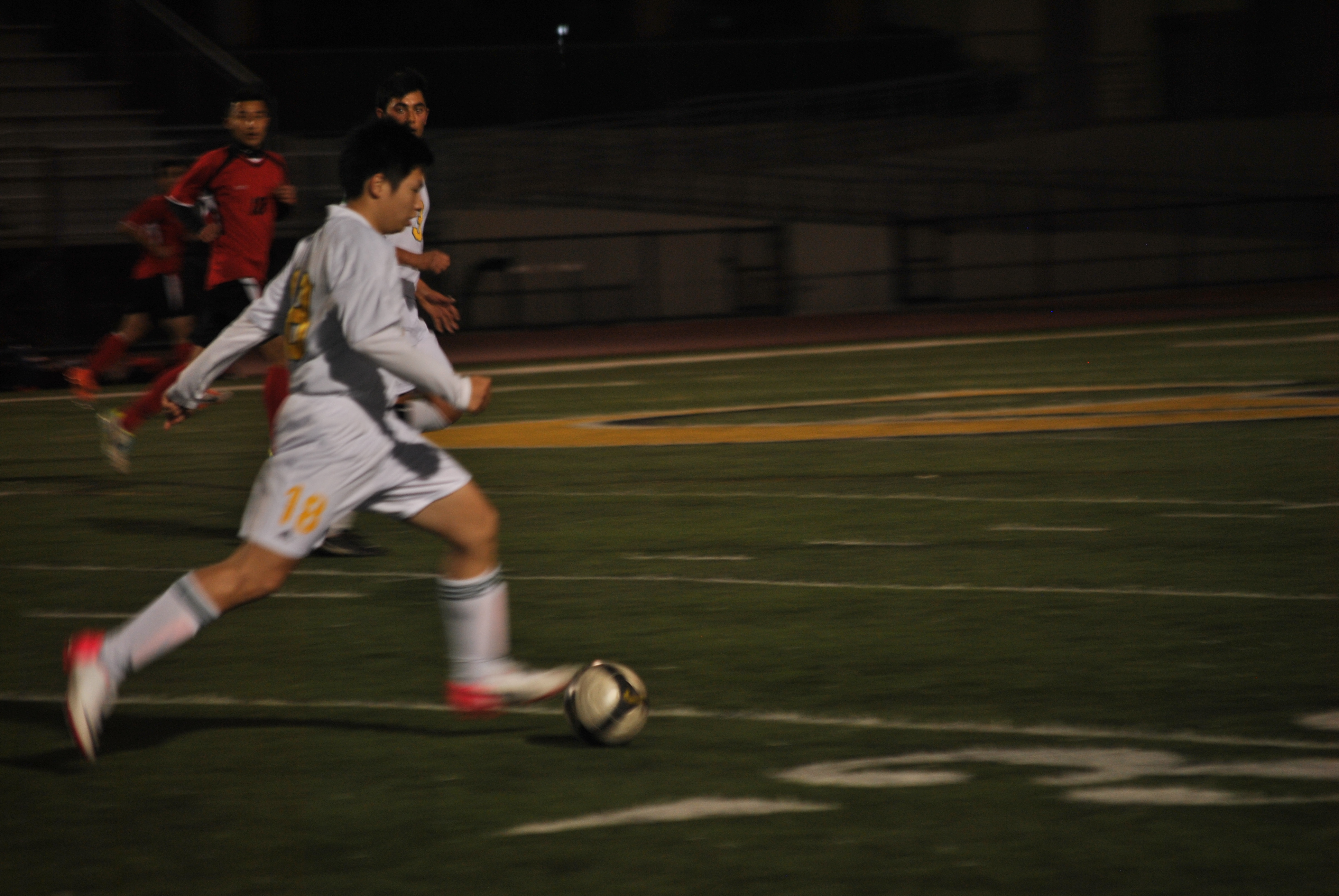 The varsity boys soccer team took on San Leandro’s varsity team under the stadium lights on Jan. 15. The game was very well matched throughout the two 40-minute halves, ending 1-0 in favor of San Leandro.

San Leandro’s goal was scored in the 22nd minute of the second half off of a fast break by San Leandro.

As the game drew on, both teams began to get increasingly aggressive, eventually escalating to a total of four yellow cards, three for San Leandro and one for Castro Valley. Nevertheless, the boys kept their composure for the most part, and played out the final 18 minutes as well as they could, but they were unable to finish on any trip down the field.

“I feel that the score did not reflect the way we played. We had plenty of chances to score, but we just couldn’t capitalize on any of them which is pretty disappointing,” said junior Raymond Akagi.