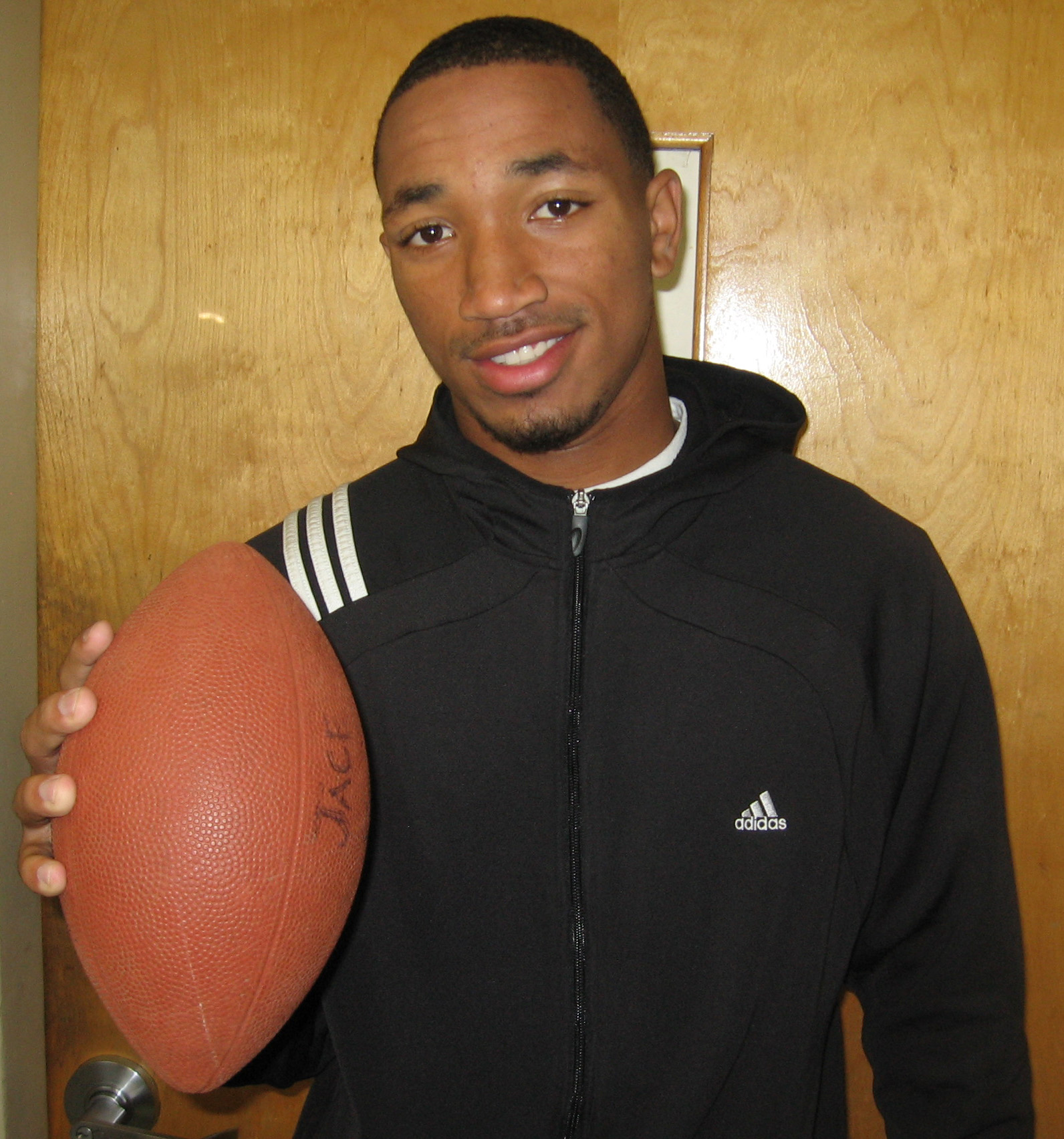 Demareyeh Lane, the great football player, has returned from an injury to score at least 16 touchdowns for the Trojans this year.

Last year, Lane suffered a foot injury that made him unable to play football. The injury occurred near the end of a really great game, but luckily, it was the last game of the season.

“I got hurt last year in the last game of the regular season,” said Lane. “I caught the ball, tried to make a move, my foot got caught in the grass, and I tore a ligament in my toe.”

The injury was painful and it took a long time to heal. As a result of the injury, he wore a cast for about three months .

Lane has been playing football for a very long time. As a matter of fact, he has played since he was eight and plans to continue playing through college.

Playing football is one of Lane’s favorite things to do. He also likes the intensity of the game, along with the preparation, and getting the opportunity to show off his hard work on the field.

“I like playing football because I can hit somebody and not get in trouble for it,” said Lane.

Lane has been in the CVHS football program since his freshman year. Throughout his football career, Lane has won many games. In his first year, he played the offensive and defensive lines.

Lane has worked with three different people while he’s been playing football: Sara Goalic and Mike Cason, the trainers, and Nic McMaster, the head coach at CVHS.

“He is very charismatic and really enjoys football, which is evident when he is out there on the day to day,” said McMaster.

“Everyone’s got to work together, but he is definitely a talented player and his skills are on display for everyone to see,” said McMaster.