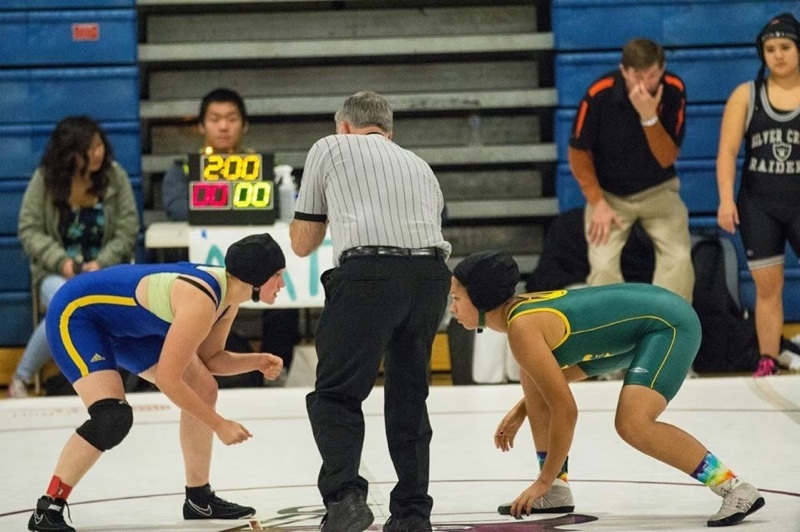 The girls wrestling team woke up bright and early on the morning of Jan. 21 to attend the 11th annual Castro Valley girls wrestling tournament. Hosted by CVHS every year, dozens of schools across the state, from SoCal to NorCal, come bringing hundreds of girl wrestlers. From Benicia to Vintage in Napa, girls waited in line to be weighed in for their weight class hoping for it to go quickly so they could eat.

Girls filled the stands and the guests grabbed snacks at the snack bar ran by the parents of the Castro Valley girls wrestling team. Participants were anxious with the anticipation for their matches later on in the day.

“I was really excited to be wrestling my last Castro Valley tournament. These past four years have helped me grow as a person and a better wrestler,” said senior Rebecca Busch.

Wrestling began around 12 p.m. and ended around 7 p.m. Overall, Busch took first place in the 137-pound weight class along with senior Stephanie Hill in the 116-pound weight class. Both won by pinning each opponent.

“It sucks to know that I’ll be out the rest of my last season but I’m proud of what I was able to accomplish so far,” stated Thomas.

Overall, the CVHS girls wrestling team took third place out of the tournament.