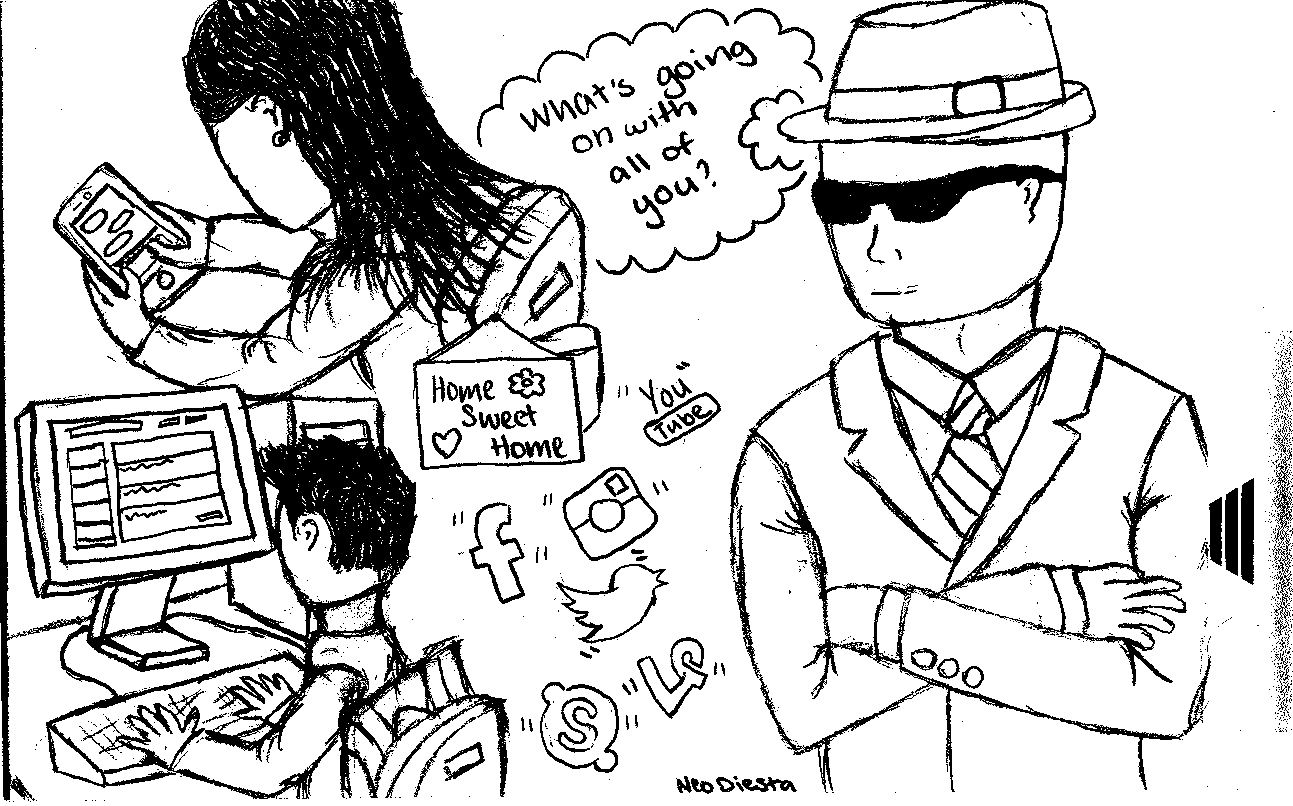 With numerous types of social media available to students, it’s easy to get absorbed into the world status updates, photos, and blogs. With so much freedom online, and no censorship, it’s difficult to define a line between what is appropriate or not on social media without compromising freedom of expression.

A recent situation at CVHS, in which a student was accused of attacking another student on campus, came to light through social media. A boy’s name and picture were published though the school later reported the accusation against him could not be substantiated.

With opinions of this incident aside, the thing we worry about more are the moral questions of social media that arose with the accusation. Can information on social media be trusted? Should the school monitor school media sites? Is social media in fact a resourceful tool of communication, or is it causing more harm than good?

Here at The Olympian, we believe that social media is helpful in many ways, but puts a big sense of responsibility on students that they may not be ready to handle. Social media sites such as Facebook are often seen as useful because clubs on campus use it to reach their many members. Activities, events, and information are posted on Facebook groups for students to see and share. Although, it’s important that students keep in mind the personal responsibility they assume when they post something on sites like Facebook, Twitter, Tumblr, or Instagram, to name a few. What is undeniable is that these sites are the fastest ways to spread news, which means that often times rumors get spread too. With these social media sites often being linked to cyber bullying and even depression, many are concerned whether they truly are helpful.

If the information on social media starts causing problems on campus, such as threats or any comments that make the education environment unsafe for students, then the school should take action. Otherwise, social media should be a place for free expression, but students need to think carefully about what we do on those sites. Being on social media is the closest thing we have to being immortal; with one click, we leave a picture, a status, or an eternal mark online in the world of cyberspace that we can never truly remove.