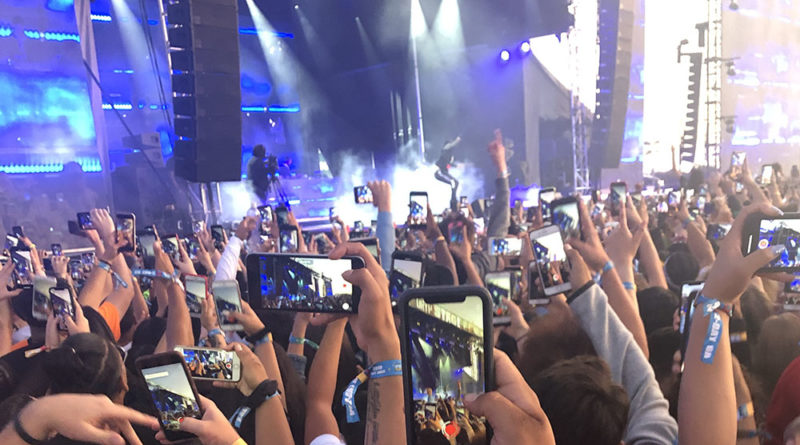 During the Rolling Loud concert they opened up so many mosh pits and people were falling and getting separated, and a lot of people were jumping around. It was so fun yet so crazy.

Throughout those two days we saw Blueface, DaBaby, Lil Keed, Nef the Pharaoh, Lil Yachty, and a lot more. There were three stages there: High Hemp stage, Dryp stage, and Sauce stage. Mostly everyone there were either at High Hemp or Dryp Stage because that’s where they had all the artists everyone was familiar with.

The set up of the concert was so cool and you can tell they put in a lot of work to get it to look that good. There was a ferris wheel, inflatables, and symbols that represented the Bay Area, like a Mac Dre designed van. The food was great; we went to a food truck called Southern Comfort Kitchen and they actually have a restaurant in Castro Valley. Their food was the best I had there. There were stands for water and other drinks all around; basically every wall was a drink booth.

If you were to ever go to Rolling Loud, or any concert in general, make sure you stay with your friends because it’s easy to get lost, especially when the mosh pits open. Make sure to either eat before you go or bring snacks, because it’s hard trying to get out of those big crowds of people. Go to the bathroom before also, because at most concerts they have porta-potties and those are disgusting. Also if you’re claustrophobic then try to stay towards the back, because it gets tight and hectic.

In the end, it was a really fun experience to be able to see all those people and interact with new people that you meet in the crowd.The last acts for both days were the best in my opinion. For day one, the last performer was YG, who has several good songs that a lot of people know. Then day two, Migos performed last and they went all out, with the stage decorated and everything, unlike the other performers.