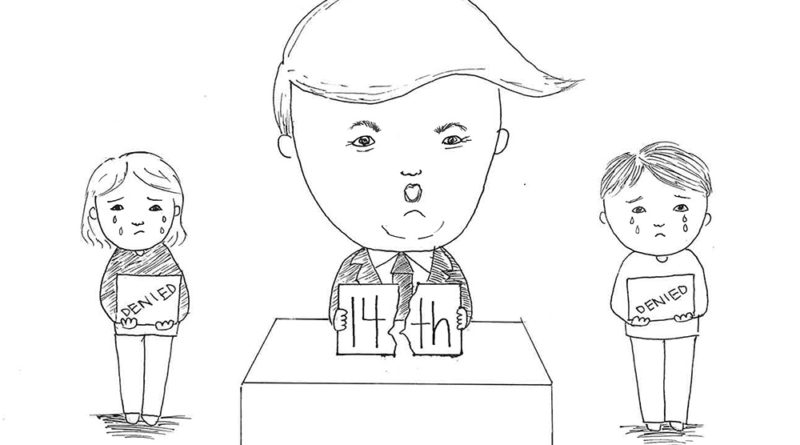 President Donald Trump has proposed to nullify birthright citizenship in the United States, thus meaning that citizenship would not be automatically granted to those who were born in the country to parents who are not of US citizenship. We at The Olympian do not support the potential nullification.

By adding more obstacles to the already difficult task of obtaining US citizenship, it discourages diversity within the nation. The nullification would encourage racist agendas, therefore furthering racial divides within the country. It could massively lower immigration rates, therefore eliminating a vital component of the American workforce.

Trump’s statement is unclear in who would be affected and how it would be enforced. He offers no coherent plan for acquiring citizenship, merely a vague statement featuring his intent. Trump’s power to enact the nullification in and of itself is questionable. The 14th amendment states, “All persons born or naturalized in the United States and subject to the jurisdiction thereof, are citizens of the United States and of the state wherein they reside.” An executive order would likely not empower Trump to overturn the Supreme Court’s interpretation of the amendment.

If Trump were to end birthright citizenship, hundreds of CVHS students would be affected, many facing potential deportation. If Trump’s plans were to include deportation, thousands of citizens would be forced to go back to countries under dangerous conditions.

Trump supporters would say this is a good idea because it could reduce the country’s overpopulation. It has been done successfully in other countries such as Argentina, Mexico, Australia, etc. The nullification wouldn’t be overly problematic if it didn’t affect those that were born in the US prior to its enactment.

However, the nullification would reduce the part of the population that does the most of America’s physical labor. The countries in which it has been enacted do not have immigration rates nearly as high as the US. Although it won’t affect those who are currently citizens, it would greatly impact future generations.

We hope that Trump’s future efforts to minimize illegal immigration focus on making citizenship easier to obtain instead of making it harder to immigrate illegally.