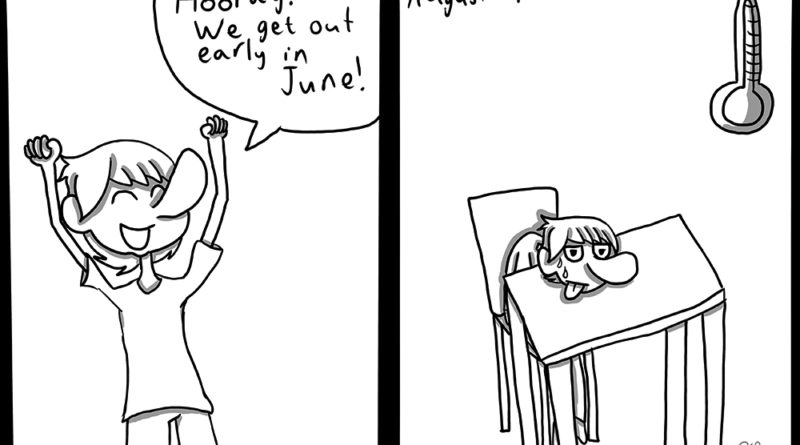 School usually starts during the third week of August and ends during the second week of June. Castro Valley Unified School District and the teachers union are debating whether to change that by moving the school year one week earlier, so that school would begin in mid-August and finish by early June. The reasoning behind that is to allow high school students to take their final exams before winter break.

The Olympian believes that changing the district’s calendar would be a bad idea because in the months of August, the classrooms become unbearably hot and uncomfortable. This change would also shift the entire district and the calendar change would only benefit the high schoolers; our district has about 9,000 students while the high school accounts for about 3,000 students. In addition, one summer would be shortened by a week.

The district suggests the change because it could benefit the high schoolers and their final exams. The goal is to have students take their tests before we leave for winter break. Ultimately, the district is hoping that this change will boost the high schoolers’ final exam scores. The change could also benefit students who are in AP classes and are required to take the AP exams since they would have an extra week to study for their exam.

Still, The Olympian opposes this change because the semesters will not be even. The fall semester would have two weeks shaved off the calendar, which creates a problem for semester-long classes like government and economics. Another reason why we oppose this change is because our schedule would differ from many other school neighboring school districts.

A change of the district’s calendar would have both pros and cons, but we believe the drawbacks outweigh the advantages.