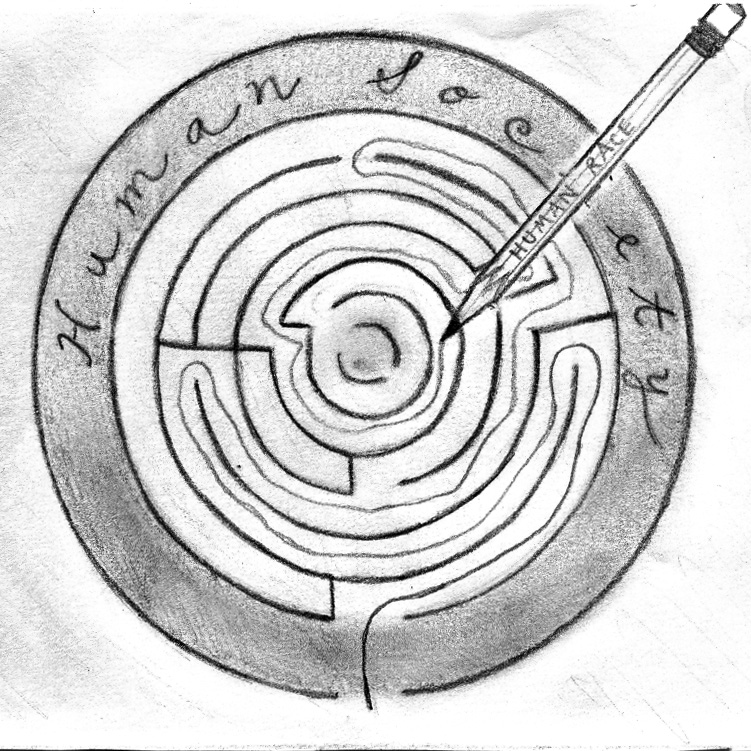 The circle is an interesting concept. Closed at the ends and harboring no straight lines, it is one of the queerer varieties of shapes, and also one of the most difficult to wrap one’s mind around. We all learned about the mechanics of the circle in school: the area equals pi times the radius squared, its symmetry is infinite no matter which direction you look at it, and it always has a definitive center, lying right in the middle of the infinite number of points that make up its edges. Circles are also the only shapes that are always mathematically similar to each other. That means that any circle you’ve seen in your entire life, no matter its size, has the exact same shape as every other circle in existence. This fact in and of itself is extraordinary.

Like any mathematical construct, true circles do not actually exist in reality, though both the natural world and mankind have come close to creating them. It’s easy to see why. In addition to being fun to draw and look at, circles have enormous utility for both humans and the universe at large. For us they provide a convenient shape for tools and playthings, as well as transportation in the form of the wheel. For the universe, circles represent the most efficient arrangement of atoms under gravitational force. Even evolution has caught on to the circle. Ever wonder why your head is round instead of flat and boxy? Think about what happens to sharp edges under enormous atmospheric pressure. Ouch.

The circle is the only shape mankind has discovered that, if you walked along its edge, would eventually lead you right back right to where you started, without any turns or interruptions. It wasn’t well into our existence until we realized this fact was true about our own planet, except in the form of a new abstraction: the sphere.

In the past few decades, science has taken the circle one dimension further: the shape of the universe. Many scientists now view the universe as a four dimensional hypersphere, essentially a sphere taken to the next level. In this model, if we were to fly straight ahead into deep space, we would eventually encircle the entire edge of the cosmic bubble, returning right back to our starting point. Just as a two-dimensional stick figure acts as a flat projection of our three-dimensional universe, so it may be that we are simply a projection of the larger four dimensions that exist in the context of the greater universe. All of this knowledge comes from the basic abstraction of the circle.

The past 100,000 years have seen little in the way of human evolution. Genetically we are the same species that hunted wooly mammoths, that survived the last ice age, and that burned heretics at the stake in the Dark Ages.

Though it is nice to think of the human race as the exception to a savage world, the truth is that we are still apes at heart. For the vast majority of human evolution, our ancestors were genetically selected for traits that encouraged tribal behavior. To live in tightly knit communities of homogeneous racial heritage, to look at all others as outsiders, to wage war against those who were different, was to survive, and to survive was to have one’s genes passed on to the next generation. Our very nature compels us to discriminate, to dichotomize and categorize.

Take these tribal propensities and transplant them into a technologically advanced global society and behold the mess that the world is in today. Nuclear weapons allow us to maim and kill not by the hundreds but by the hundreds of thousands. Excessive antibiotic use causes bacteria to mutate and evolve, destroying not a single family or tribe but entire civilizations. Mankind, discoverer of the atom and explorer of the universe, is ravaged by the very technology it toiled for millennia to create. In an increasingly globalized society, we continue to act in ways that are disturbingly non-circular.

Our species, which is responsible for the discovery and utilization of the circle, could learn a few lessons from this beautiful shape. A circle has no lines; eventually, one walking along its edge must return to his original starting point. Likewise, the circle teaches us that we cannot continue to walk the line of exploitation, of greed and ignorance, without facing consequences. The Earth is a sphere, and all who blaze paths of destruction must eventually face the scorched earth they leave behind. As a race, we will reap what we sow.

So throw off the binding chains, those gripping divisions called prejudice. Break through the myopia of the human race, that disease which makes you shortsighted and weak, that condemns you to a life of ignorance. Remember that we all came out of Africa, and before that out of the waters of the ocean, and before that out of the center of an exploding star. In the vastness of the universe it becomes clear that we humans are really not so different from one another. It becomes clear that, much like the universe itself, the overarching shape of human society is circular.