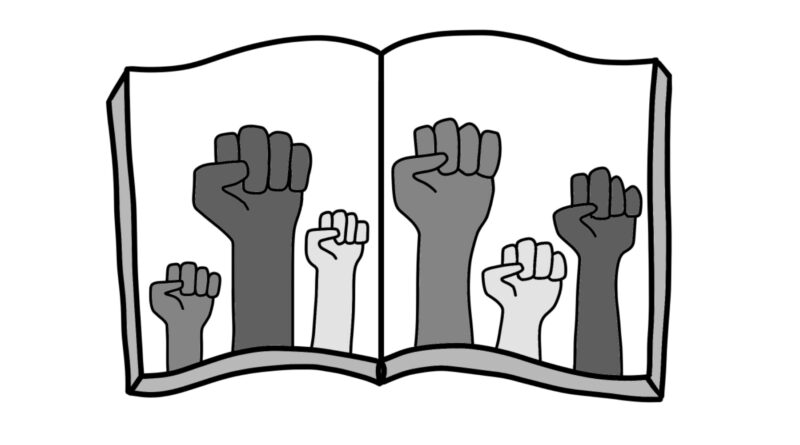 People of color will get more attention in public high schools under a new curriculum which the California Board of Education approved on March 18. Teachers are unsure of how this will look at CVHS and how they will apply it in the classroom.

“I am glad this change is upon us,” said Jasmine Ng, a member of the Women of Color for Change Club at CVHS. “We have waited far too long for Black, Indigenous, and People of Color (BIPOC) to be heard and understood.”

The curriculum will focus on the histories and current struggles of African Americans, Asian Americans, Latinos, Pacific Islanders, and Native Americans.

This advancement has been a long time coming. Its approval follows headlines of Black murders by police officers, a spike in white supremacist prominence in the media, and anti-Asian violence — most recently, a shooting in Georgia that took the lives of six Asian women. The damage has become apparent that Eurocentric classes inflict on society.

“Without a complete understanding of the people and forces that have shaped the United States and the ways that structures of power have been used historically for control and repression, people with privilege in our society fail to recognize both the critical role of BIPOC as well as fail to recognize that the root causes of the disparate outcomes for BIPOC when compared to white people,” said Kevin Batchelor, who teaches the Afrocentric history class at CVHS.

The critical importance of the ethnic studies curriculum is hard to miss. The California Board of Education sees it as a crucial tool in combating hate, and there are hopes that other states will follow suit and implement similar curriculums of their own.

The curriculum has been in the works for years in California and was heavily debated. Many minority groups fought to be represented; along with the four major groups previously mentioned, the course will also integrate information about Jews and Arab Americans, Armenian Americans, and Sikh Americans.

“The lack of diversity in our education is not discussed nearly enough,” commented Taylor Fried, another member of the Women of Color for Change Club. “The implementation of this curriculum is definitely a step in the right direction. I think it will spark some important dialogue on how truly whitewashed our educational system is.”

It is not mandatory that districts adopt the ethnic studies curriculum, but there are already plans in many districts to begin bringing it to their schools by 2022. As for how this will look at CVHS, it’s not clear yet.

“There have been no discussions at the department level of how this would be implemented at our school,” said social studies chair Sarah Burke. “I assume that it would build on our CCG class, but again, we don’t have any specifics yet.”

Unlike most other schools in the state, CVHS has Afrocentric history and English classes which allow students to shift away from the usual eurocentric focus and instead learn with a strong emphasis on the African American experience. An added ethnic studies class would assist CVHS even more in teaching against racism and hate, and it would create an atmosphere of inclusion for students. “An incomplete historical narrative (particularly one overwhelmingly dominated by white men with political power) inherently creates a sense of ‘otherness’ among people who do not see themselves represented in the narrative,” said Batchelor. “Exposure to diverse narratives can help to end the ‘othering’ of BIPOC and provide a more complete picture of the United States.”