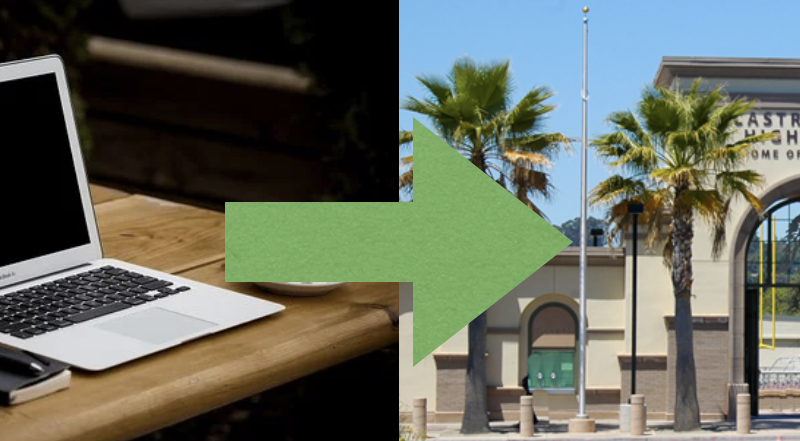 Distance learning was a big change and teachers had to adjust to the way they taught because there were certain aspects of teaching that could not be done the way they usually were. They have had to develop new ways of teaching without the use of paper and have learned about new apps and websites that could also be useful in the future.

“My teaching style has not changed. But I have learned Jamboard, Nearpod, and Padlet, and I like them. I also like being paperless. I think I will keep those aspects of distance learning when we go back in-person,” said English teacher Tina Johansson.

The sudden change to distance learning in the previous school year caused students to have to change the way they interact with friends and peers. Instead of being able to see classmates on a daily basis, they have had to interact through different kinds of social media and messaging apps which showcases another difficulty that distance learning brought but with schools now opening again, communication will prove to be much easier.

“I’ve adapted to distance learning by changing the way I interact with my peers; instead of talking to friends during or after class, I make a conscious effort to check in with my friends through social media and make sure they’re doing okay,” said sophomore Cynthia Pan.

To adjust back to in-person school, students and teachers will have to make some changes to the routines they have developed over the past year of distance learning. That includes their sleep schedules, lunch times and more that will be affected by the earlier school times.

“In order to re-adapt to school in person, I would need to fix my sleeping schedule- there would be no more rolling out of bed and instantly logging onto class, which means earlier wake times to get ready and actually go to school,” said Pan.

Going back to in person school also has many perks that distance learning doesn’t have and a main benefit is being able to interact with teachers and peers after having to contact them through devices for over a year now.

“Some things I’m looking forward to are seeing some of my friends and hopefully being able to chat with them and asking questions to teachers is definitely another pro too since it’s easier to ask in person rather than in an email,” said sophomore Laurie Chow.