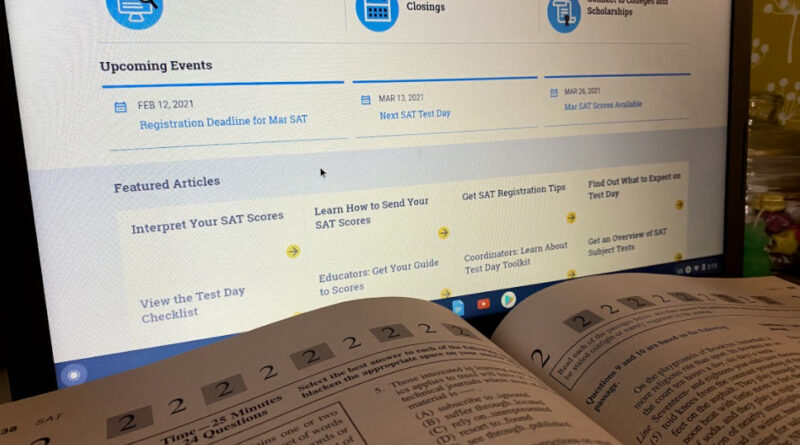 On Jan. 19, the College Board announced it will discontinue SAT subject tests as well as the optional essay portion of the test. On its website, the company stated that it is making these changes to adapt with college admissions and reduce the pressure on students.

“Some schools are going away from using the SAT essay and some have already stopped,” said College and Career counselor Allison Zuckerbrow.

The essay was already going out of style as fewer schools were looking at it thus less students were taking it. Though Zuckerbrow did state that the essay can be an indicator of a student’s writing ability.

“More changes are to come as schools continue to be test optional,” said Zuckerbow. Counselor Anne Van Court added to that stating, “The pandemic is causing change too.”

In short this is just the start of the changes to come in SAT testing and college admissions testing in general. It is likely that we will see more changes to the SAT in the future or even that schools stop using it all together.

“Students who test well will have an advantage as well as those who have test prep accessibility,” said Van Court.

From the start, the test put students at disadvantages and could be seen as problematic. If students did not have the right background they would not do as well on tests and their scores would not be good indicators of who they are as students. However, the essay helped some students with that because they were better writers than test takers while it hindered others because they could not write well under pressure.

College Board also took away the SAT subject tests. Zuckerbrow sees this as a bigger issue stating that many students used these tests to meet their foreign language requirement. In addition, it was more accessible to students because it was cheaper than the AP test for the same foreign language. She also pointed out that many of the other subject tests were not being used anymore as they were for specific majors, but over the years less schools were requiring students to take them.

“Personally I am not a fan of standardized testing because it’s not really a test about how much you know or how intelligent you are; really these tests are used to pin children across the country against each other so colleges can brag about having the brightest kids in the world,” says senior Isis Poulose. Both Van Court and Zuckerbrow agreed that less standardized testing is better, it isn’t a good representation of a student’s abilities. At the rate we are going right now, it looks like the use of standardized tests will likely continue to go down as time passes.