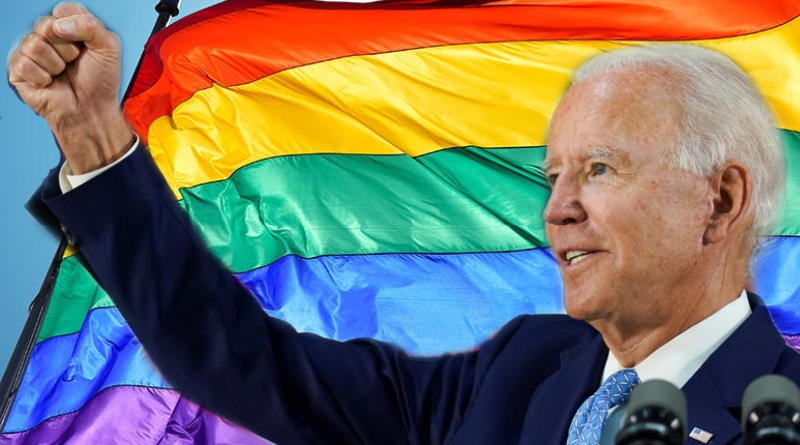 Just hours after the inauguration of America’s new President Joe Biden, he has begun to ensure the protection and the respect of LGBTQ in government, education systems, and much more. The new government has been working quickly to guarantee the equality of all people in America, no matter their sexual orientation or gender identity.

Biden signed a crucial executive order the same night he was sworn in as president that will change the lives of LGBTQ+ people in this country. This executive order gives the government 100 days to identify and eliminate all discriminatory practices and policies against the LGBTQ+ community.

This new order concerns all of the same laws that sex discrimination applies to, such as education, housing, employment, and health care. The Human Rights Campaign called it the “most substantive, wide-ranging executive order concerning sexual orientation and gender identity ever issued by a United States president.”

A few related moves Biden has made since he took office include his reversal of President Donald Trump’s military ban on transgender people. Visitors at the White House now choose which pronouns they identify with, rather than their gender. Biden specifically called out the discrimination against the black transgender community, in regard of the staggering 44 different violent murders that took place throughout 2020.

“So far I feel liberated and hopeful in the future safety of fellow LGBTQ+ peoples, especially with him withdrawing former President Trump’s Anti-LGBTQ bills,” said Gabriella Arechiga, a junior at CVHS and one of the officers of our school’s LGBTQ+ club.

Right before Trump left office, his administration issued a memo stating that transgender women were not allowed on women’s sports teams or in women’s locker rooms. The memo also said that employers with certain religious beliefs could refuse to hire LGBTQ+ applicants.

The Biden order reverses this but because this is only an executive order, state policies and laws could differ. While this is a huge first step for the LGBTQ+ community, there is still a lot of work to be done until equality is reached. As of right now, multiple Republican governors and politicians are pushing for congressional bills and laws specifically targeting the transgender community and other LGBTQ+ people.

“I really don’t think Biden will have much success with it,” said Xavier Elliot, another officer of the CVHS LGBTQ+ club. “We will always have homophobic people somewhere on this planet, and even if they don’t verbally communicate it they will always be thinking it.”

Despite these formidable opinions and the hardships the people in this community face almost every day, there are ways for people to help. LGBTQ+ club officer Brynne Silva explains a way that schools could help queer students.

The fight is getting much easier, but is still far from over for the LGBTQ+ community.