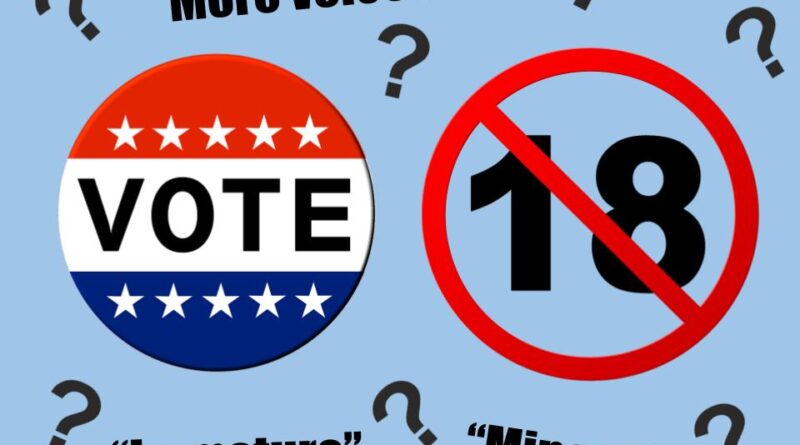 Besides electing our next president this upcoming November election, California residents will also be voting for various propositions, including one allowing 17-year-olds to vote under certain circumstances.

Proposition 18 states that if citizens turn 18 any time before the November election, they can vote in any election any time that year.

California Democrats have tried several times to get this proposition onto the ballot, with this being the first time it has made it.

But the Election Integrity Project California (EIPCa) argues that most 17-year-olds live at home and go to school, thus strongly influenced by parents and  teachers and don’t think independently. More importantly EIPCa argues that 17-year-olds are legal minors, and thus children in the eyes of the law.

“I think 17-year-olds should be able to vote because at that age most people are in tune with politics and develop their own views and should be able voice their views by voting,” said ASB Treasurer Griffin Hastings.

Implementing this new bill would increase representation among young people, and encourage citizens to start voting at an early age. As for the emergence of the Black Lives Matter movement, many students in CVHS have become more involved in politics in hope to make change.

Currently, 18 states already practice this proposition, including Washington D.C. which adopted it back in 2009.

“On one hand I think that we need as many voters as possible right now in order to improve our chances for the future we want, but on the other hand I feel like it opens the door for a larger group of voters who may or may not be educated on the topic,” said senior Laney Vaughn.

One thought on “Prop. 18 would let more teens vote”