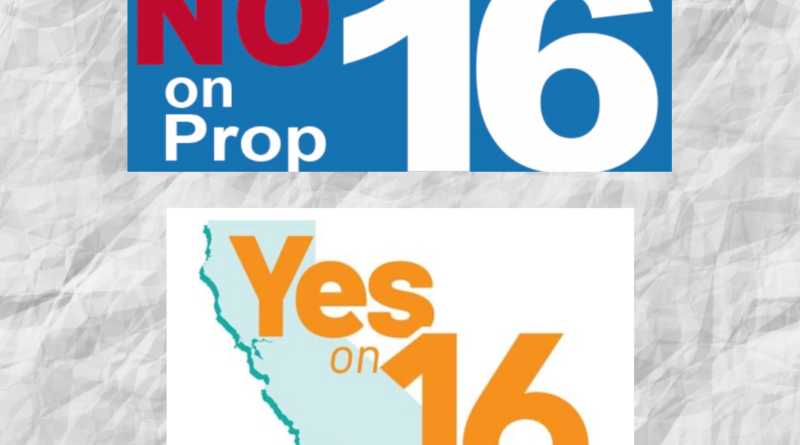 This November, California residents will vote whether or not to restore affirmative action after a generational ban placed in 1996 to end the practice.

“The passing of Prop. 16 is essential in combating systemic racism and discrimination specially based on race and gender which is extremely prevalent in both California work places and colleges,” said senior Shane Tayag.

Proposition 16 would restore the ability for local and state governments to consider barriers to equal opportunities in public education, public contracting, and public employment. This will not mandate affirmative action, but merely allows businesses and schools to implement it.

“The problem with Prop. 16 is that it will allow admission officers to give soft ‘quota’ and lower bars to certain people based on the race, sex, ethnicity or national origin for college admission,” said Yongcun Zhang, a No on 16 spokesperson.

After Proposition 209, a ban on affirmative action, was passed in 1996, Black and Latinx proportional enrollment at UC Berkeley dropped significantly.

“Latino children make up 54 percent of the K-12 public school population in California, yet have lower graduation rates, lower test scores and more segregated schools than their white classmates in most parts of California. Prop 16 will help close equity gaps in K-12,” said Tiffaney Boyd, a Yes on 16 spokesperson.

Currently 41 states have enacted gender, race, or ethnicity related considerations to college admissions, government contracts, and job opportunities. A yes on Prop. 16 will align California with other states.

Even if Prop. 16 passes, colleges and universities could not use racial quotas to fill their classes and achieve diversity. In the historic U.S. Supreme Court case of 1978, Regents of the University of California v. Bakke allowed affirmative action, but invalidated the use of racial quotas.

“We can no longer believe in the idea of color blindness, as doing so would essentially allow for the continuation of systemic racism and discrimination in all aspects of society,” said Tayag.