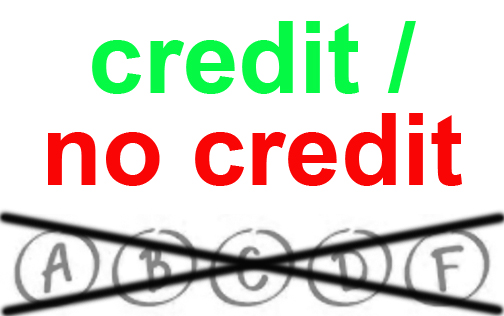 CVUSD students will not receive letter grades for second semester due to the coronavirus outbreak and distance learning, according to an email Principal Blaine Torpey sent families on April 7.

Students will either receive credit (“CR”) or no credit (“NC”) for their classes in the second semester of this school year. Those who receive credit will gain the five units towards graduation that they would normally have received with passing grades.

Various universities have announced that they will accept these marks on students’ transcripts, including the University of California and California State University systems. “Because no letter grade will be issued, students who are taking Advanced Placement classes or Honors classes will not be able to earn a GPA boost,” according to Torpey’s email.

This comes as school districts across the state and country have struggled how to deal with the problems of the sudden disruption of the normal class routine and structure. Responses have differed from district to district, and are still being created by school boards all over the state.

Los Angeles Unified School District, the largest in the state, announced that its students would not be able to receive a grade of F, and further that no student would have a grade lower than what they had on March 13, the day class became remote. California’s second largest district, San Francisco USD, has not yet released guidelines, though its school board has considered giving all students an A for the semester. Many school districts in the Bay Area have gone to credit/no credit or equivalent, including Oakland USD, Berkeley USD, Palo Alto USD, and West Contra Costa USD.

Some students support the grading change. “I believe all classes should be pass or fail given that students are having to learn the school’s curriculum from home. This is a drastic change for most students which will inhibit our abilities to learn and retain information, myself included,” said senior Bradley McKee.

“I think CVHS should either make grades pass or fail or just not have them at all.  I feel like many people are feeling overwhelmed by the amount of homework every teacher is giving them. Many students don’t have access to reliable internet and electronics such as phones or laptops which makes it really hard for them to complete assignments and homework,” said junior Timothy Liu.

Not everyone supports the grading change, though, as some students feel like it will not accurately reflect the work they put in. “In my opinion, I am doing a lot of work that deserves more than a pass or fail grade. However I understand this is not an easy solution to make considering various circumstances,” said junior Sydney Kundert.

Despite its popularity with the students, some teachers have expressed dismay as they see participation rates plummet.

“I do believe it has had a negative impact on overall student motivation and engagement,” said psychology teacher Jennifer Sitkin. “I have seen a huge decline in work completion since the policy was announced by the administration. For example, in a class with 33 students, over 90% of students completed the first few assignments and less than 50% completed that last assignment.”

Torpey acknowledges that students have been focused on grades and symbols of achievement, rather than on actually learning, but he believes this could actually be an opportunity to change that. Closing his email he said, “There is a hidden gift in all of this madness and that is we get to rethink why we are doing what we are doing and how we are doing it.”