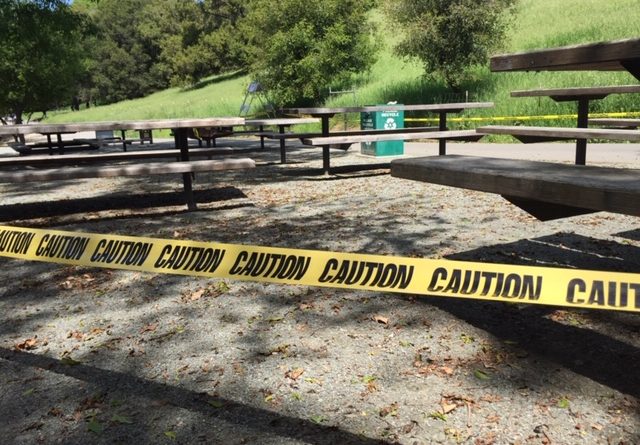 If you have been thinking the skies look clearer in Castro Valley lately, you are right. The shelter-in-place rules are asking everyone to stay at home for everything but essential errands and jobs, due to COVID-19, and has had unintended environmental benefits around the world.

Because of the shelter-in-place orders, people around the globe are driving and flying less, which has resulted in better air and water quality.

According to NBC News the water in the Venice canals has become much clearer because of the lack of boat traffic. Now a person can see the fish swimming in the water, instead of murky, dark water.

Because many manufacturers around the globe have also closed, there have been far fewer emissions from factories, which has reduced the amount of pollution.

The amount of nitrogen dioxide above China has decreased dramatically since the quarantine in China began. The restrictions contributed to a 25 percent drop in China’s carbon dioxide emissions over four weeks beginning in late January, compared to the same time last year, according to Lauri Myllyvirta, an analyst at the Centre for Research on Energy and Clean Air.

In India, the cities are also less polluted than usual, and according to CNN, the people in the city of Jalandhar are now able to see the peaks of the Himalayan mountains for the first time in decades.

Not only has the amount of pollution abroad decreased, but it has also decreased in America. In San Francisco the number of particulate matter has decreased by 40 percent during shelter-in-place, according to NBC News.

In Castro Valley, although the trails of Lake Chabot are still open, the facilities are closed, and people are not allowed to have parties in the picnic area. This will allow plants and animals to thrive without human interference.

“I can tell there is a difference in the environment. The air quality in Castro Valley has improved,” said junior Haley Matthews.

Although these benefits are temporary, they could show scientists what steps to take in order to stop climate change.

Even though the environment seems to be benefitting from the shelter-in-place, some fear that factories will be able to dump their waste into bodies of water and pollute them, with no repercussions.

“Donald Trump has taken advantage of the virus to suspend all environmental laws and enforcement. The effects of this action is unknown at the current time but will likely be a rush to dump,” said CVHS AP Environmental Science teacher Nathan McCreary.

The shelter-in-place around the world is helping ecosystems thrive, however those effects may be reversed by Trump’s lenient environmental policies during this time.

13 thoughts on “Shelter-in-Place Benefits the Environment”