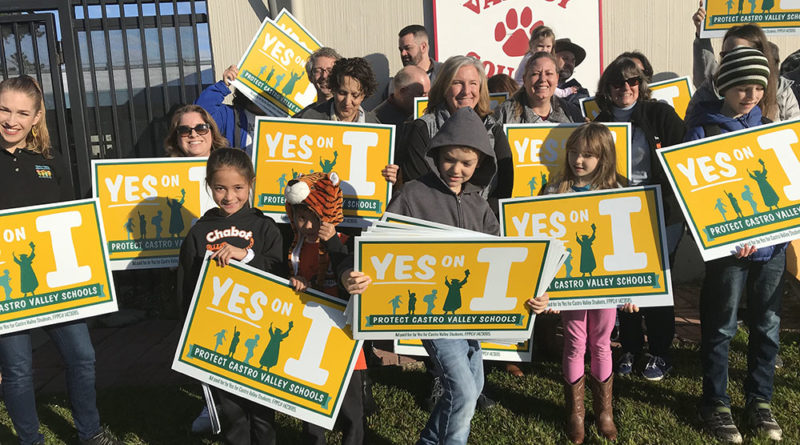 Measure I was a parcel tax that would have been kept within the CVUSD to support local schools, maintain highly-qualified teachers, and academic programs. It would have added an extra $96 per year or eight dollars per month to property taxes in Castro Valley, and would have generated $1.5 million annually for six years for the school district.

“The parcel tax would have benefited us by helping to continue retaining and recruiting highly qualified teachers and classified employees. It would have also helped increase their compensations,” said Superintendent Parvin Ahmadi.

Some supporters say that they are disappointed at the results regarding ballot Measure I because they worked hard for their campaign and it was something they truly believed in.

“I am very disappointed, the campaign worked very hard to get the message out about the importance of the measure. Our teachers, parents, students, community members, board members, classified staff, and administrators work hard for weeks to reach thousands of homes,” said Ahmadi.

Although supporters are disappointed that it did not pass, some taxpayers apparently didn’t want to vote to raise their own taxes.

“It’s unfortunate that we won’t have the additional funds that Measure I would have provided,” said history teacher Kevin Batchelor.

Measure I lost, but supporters for the Measure I campaign are thankful that they tried and dedicated their time to get the parcel tax to pass.

“We are grateful for all of our supporters who helped us throughout this campaign. We brought together a dedicated team that represented a cross section of the Castro Valley community,” said Michael Kusiak, a parent and campaign volunteer.