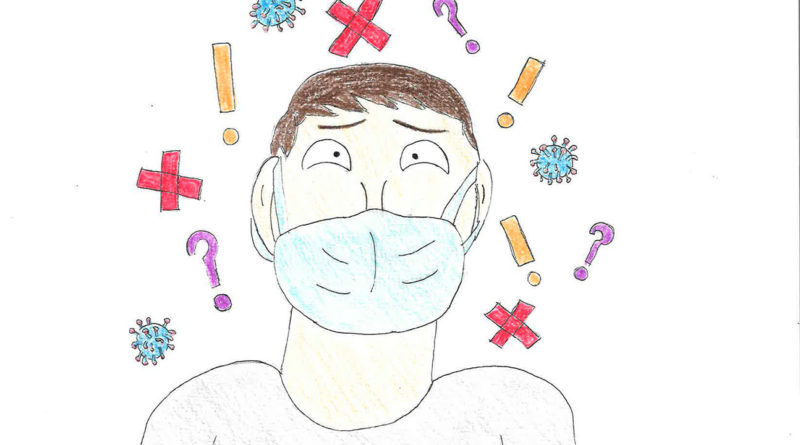 Dozens of CVHS events, field trips and sports competitions scheduled from now to April 10 have been cancelled out of fear of the coronavirus spreading. Many students are frustrated by the widespread cancellations of events which they have been looking forward to since the beginning of the school year.

There are currently no known cases of COVID-19, the disease caused by the virus, in Castro Valley. However, because people often do not show symptoms of the virus until several days after being infected, some have even called for schools to close as they have in other districts.

Some clubs had planned to travel out of state in recent weeks, including the BioBuilders, whose trip to Boston was cancelled. “It sucks because all year has been leading up to that and now we can’t go,” said senior Bella Stuewe. “I understand why things are being cancelled, it just comes with a lot of disappointment.”

All home and away sports games and competitions have been cancelled for precaution.

“It’s a bummer that things are getting cancelled, especially because for a lot of us, it’s our last season. I know a lot of people were excited for the meets and are experiencing a lot of disappointment now,” said swim team captain Lauren Francis.

Other competitions have also been cancelled, including the FIRST Robotics competition that the CVHS robotics club had been planning to participate in. “We’ve been working on this since summer,” said Aiden Kelly, a member of the club. “But I also understand why it got cancelled and I feel that more things should be cancelled because of the coronavirus. It makes me feel kinda conflicted.”

The theater class’s annual trip to Los Angeles to compete in the Thespian Festival was cancelled. “The advanced theater class was supposed to go to Thespian Festival this year. We’ve been working on scenes and monologues and songs since last semester. Most years we aren’t this prepared but we worked really hard to try to make this the best year ever at festival, but now all that work doesn’t have anywhere to go. It was also a great opportunity for our class to become even tighter and a nice goodbye for the seniors,” said senior Molly Brennan.

The Acapella choir trip to D.C., which is only scheduled every other year, was also cancelled. “A lot of people have been looking forward to this since they joined choir,” said junior Adrienne Yen. “I feel especially sympathetic toward the seniors because it’s their last year to go.”

The highly popular Key Club Conference has also been cancelled. “I mean it sucks because it’s my last time being able to go to DCON since most officers are seniors. We can’t go and end the term the way it is supposed to end,” said senior Brandon Gee.

Also called off was a band and orchestra trip to Disneyland, which is currently closed. “It’s no bueno,” said junior Lindsey Suarez. “If school’s going to be in session, so should the extracurriculars. We should boycott the school board.”

Even SAT testing has been postponed or cancelled in some locations because of the coronavirus. “For someone who has been practicing constantly and dedicating eight hours every Saturday to do SAT practice, it’s very upsetting that COVID-19 has also shut down SAT centers, but I do understand that it is for the safety of the people and I appreciate that the CDC is taking these measures,” claimed Yen.

All performances of “Chicago,” the musical that many CVHS students have spent weeks preparing, has been cancelled since the district has closed the CFA until April 19, when students are scheduled to return from spring break. The “Chicago” cast and musicians performed a dress rehearsal on March 12 that became the show’s emotional finale.

“Students took the news remarkably well considering the countless hours they worked on preparing the show for the community,” said drama teacher David Judson. “While there were tears, they understood the bigger picture.”