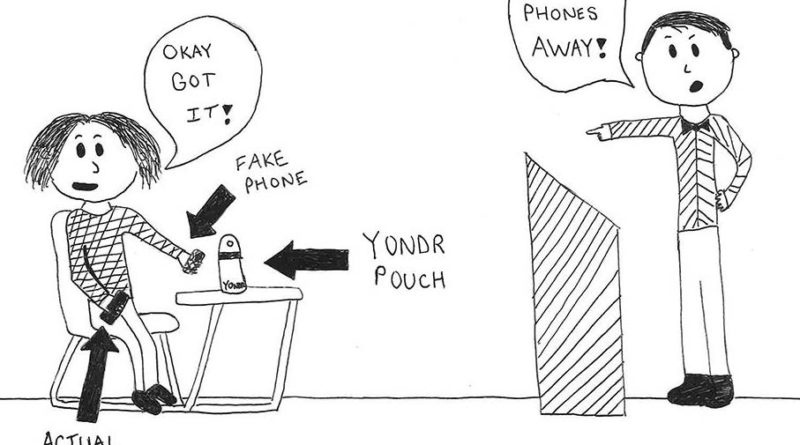 Phones have been a huge problem for teachers in the past decade. They are often distractions and make it difficult for teachers to teach and students to learn. One solution has been the Yondr pouch, but is it really the best solution?

Yondr pouches are bags for individual cell phones. In some school districts, students must place their cell phone in a pouch at the beginning of a class period and get them back at the end. At other schools, all students place their phone in a Yondr pouch at the beginning of the school day, and they can use them during break or lunch, and get them back at the end of the school day. Some teachers at CVHS are starting to use these pouches, and it is possible that it could spread to the whole school.

At The Olympian, we took a vote on whether we think CVHS should use Yondr pouches or not. After some debate, our final response was no. Yondr pouches are very expensive: each bag costs $15-30. This amount multiplied by our 3,000-member student body would mean that CVHS would be spending a lot of money on these bags. This money could be used for more important things, such as textbooks.

Besides, it’s easy to cheat the system. At other schools, kids will put old phones in the Yondr pouch and use their actual phone throughout the day. Kids will always find a way.

If the students’ phones are locked up all day, how will they answer important phone calls from their parents? If there is an emergency, it is much faster to reach a student by their cell phone than to call the front office. Finally, there are other alternatives to the Yondr pouch that are much cheaper, and effective.

With all these negatives, there are a few positive aspects to the Yondr pouch. It will ultimately limit the phone use of students on campus, which means kids will not be as distracted as they would be with phones. Without phones, our campus might be more connected. Often instead of talking to other students, kids will merely go on their phones. This could make a disconnect between students.

But isn’t there a better way to do it? Many teachers at CVHS already have a system like the Yondr pouches, only cheaper. Some have a cabinet for phones. This is less expensive, but achieves the same goal. Other teachers have a charging station for phones. This means that their phones will be away from the students, plus the phones will be charged after class.

Phones are a huge problem, but there are much more cheaper and efficient solutions than the Yondr pouch.

6 thoughts on “Yondr pouches are not the answer”