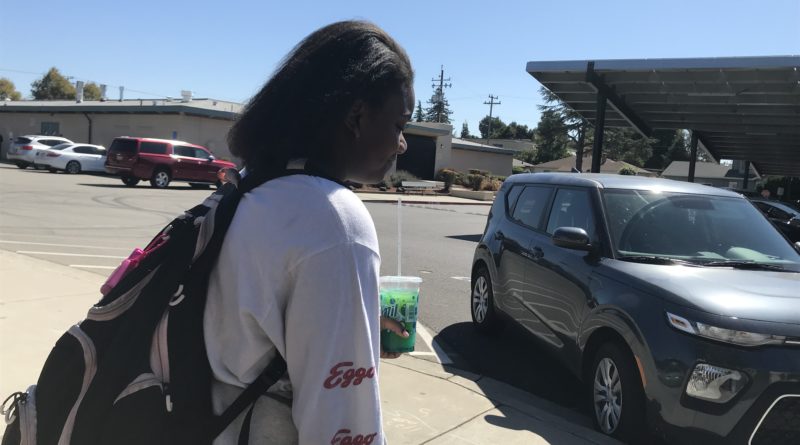 Although they were not allowed to leave, many freshmen were able to sneak out during combined lunches by pretending to be upperclassmen. Often, the entrances were unguarded, so freshmen were rarely caught coming back.

School administrators began questioning the policy after seeing how much time they spent trying to enforce it. Assistant Principal Jesse Hansen explained that administrators have a variety of responsibilities beyond trying to catch freshmen returning to campus.

“Chances are, nine times out of ten, you’re going to get away it. We asked ourselves, ‘Is this where we want to put our time as administrators?’” said Hansen.

Staff members also ran into problems trying to catch students. Many wouldn’t be carrying their ID cards, so administrators couldn’t prove whether a student they didn’t recognize was a freshman. Some loitered around the gates and went in when administrators weren’t looking. Others just went around to other unguarded entrances.

Senior Nadirah Pinney remembered one experience she had going off campus during lunch in her freshman year. After going out for pizza, she and her friends returned to campus to find that an assistant principal was checking IDs. They ran to the next closest entrance, at the 600 hall, but they couldn’t get past the locked door.

To their surprise, the first person to open it was none other than Principal Blaine Torpey. Although they were let off with only a warning, they did have to give up a slice of pizza.

Hansen made sure to say that, even though more students would be going off campus, tardy policies will still be strictly enforced and random tardy sweeps will occur.

Hansen also emphasized that this year was a trial period for letting freshmen leave campus. He noted that freshmen are often the worst litterers, which could cause problems with nearby residents.

“If we get a sense that freshmen aren’t mature enough to go off campus, we will reconsider,” said Hansen.

Some freshmen weren’t concerned about the new policy, though. Freshman Nia Pinney explained that some, like herself, don’t enjoy going off campus. She doesn’t expect much trouble from allowing freshmen off campus.