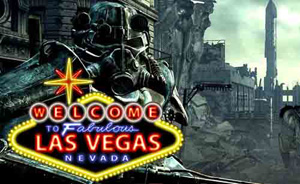 Welcome to Vegas. New Vegas, that is. It’s the kind of town where you dig your own grave, prior to being shot in the head and left for dead, and that’s before things really get unpleasant. It’s a town of dreamers and outlaws being torn apart by warring parties competing for complete command of this desert sanctuary. It’s a place where the right kind of person with the correct kind of artillery can surely create a name for themself, as well as make an antagonist or two along the way.

As you battle your way across the neon-lighted strip of Vegas, the colossal Hoover Dam, and the heat-blasted wastelands, you’ll be presented with a colorful cast of characters, exceptional weapons, mutated beings, and far more. The general independence that the game conveys in permitting players to roam the wasteland looking for side quests, or allowing them to march straight through the campaign, is definitely something to be anticipated. There’s almost no shortage of things to do and ways to go about your time in New Vegas. That just-one-more-mission feeling that leads to entire evenings and weekends lost exploring the last wasteland is more apparent than ever. The simple thrill of finding an abandoned shack in the middle of nowhere, packed with exciting new gear, is hard to match.

New Vegas itself is actually pretty interesting, colorful, and distinguishes itself in a blunt divergence to the rest of the game. But, everything else looks pretty much the same as it did in Fallout 3. I’m used to there being a few glitches in several games, but, in New Vegas, I had to restart several times due to the game locking up in certain situations. Trying to climb mountains where maybe I shouldn’t have, I have gotten glitches making me immobile to get out of the place I climbed. It doesn’t happen frequently, but it will most likely happen to others who play.

Fallout: New Vegas is a good game, but it seems to play second fiddle to Fallout 3. It takes nearly everything about its previous title, while only making minor adjustments to the game play; the graphics and structure of the game, which ultimately make New Vegas, feel like an old shoe. Perhaps it was the reduced amount of interest when it came to the story, or the graphics that feel a tad dated. Either way, Fallout: New Vegas can definitely get a gamer pumped, whether good or bad. I definitely recommend it.