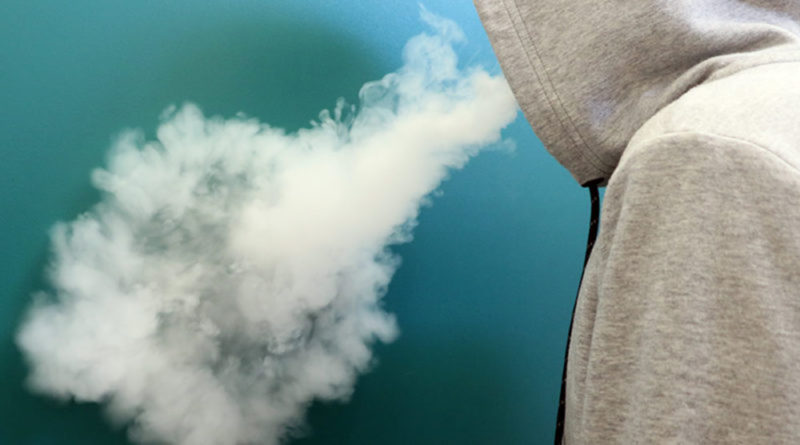 Governor Gavin Newsom signed an executive order on Sept. 16 calling on the Department of Public Health to remove counterfeit tobacco and cannabis products from stores. It also allocates $20 million to launch awareness campaigns to inform users and nonusers alike of the dangers of vaping.

“We must take immediate action to meet the urgency behind this public health crisis and youth epidemic,” said Newsom.

The executive order also requires stores to post warning signs, in an effort to reduce the number of underage users using tobacco products. A government survey sows 11 percent of California high school teens use vaping products, which have been proven to cause many harmful health issues. That figure grew 27 percent between 2016 and 2018.

President Donald Trump has also spoken about the vaping problem and said his administration will ban flavored vapes.

“While I like the Vaping alternative to Cigarettes, we need to make sure this alternative is SAFE for ALL! Let’s get counterfeits off the market, and keep young children from Vaping!” Trump tweeted on Sept. 13.

“People vape in the bathrooms during school, but people also vape after school and in their own time with their friends. It’s a problem that’s bigger than CVHS and its students,” sophomore Kaitlyn Wong said.

A California bill, written by Assemblyman Adam Gray, D-Merced, would have restricted the sale of flavored e-cigarettes to underage buyers by requiring stores to use age-verification technology to check the age of buyers. For now, Gray has decided to delay action on the bill until 2020, hoping to possibly add a tax to the bill.

The bill also would have increased penalties against those selling tobacco products to underage users, rather than against the actual users. It initially included punishments against underage users, such as having their driver’s license revoked or suspended, or mandatory community service and tobacco education. However, according to Adam Capper, a press spokesman for Gray, these penalties were removed early on, due to opposition from groups such as the California Medical Association and the American Lung Association.

“Discouraging use and providing education is a great method to prevent use of vaping products,” said health teacher Sue Anderson. “Boundaries such as legal age requirements and limiting access can assist with deterring use, thus allowing for the maturation of the prefrontal cortex, which is in a highly vulnerable state during adolescence.”

The past few years, the number of high school and middle school students who vape using e-cigarettes has drastically increased, causing health issues among them. CBS News reports that there have been at least 193 severe lung diseases identified to be associated with e-cigarettes.

“Vaping, nicotine in particular, is extremely addictive, so even just experimenting with someone else’s vape device can seriously impact students’ physical and behavioral health,” said Marian Meadows from the Wellness Center. “We need to get more information out to students about the dangers of vaping.”

The Wellness Center wants to remind all students, “If you or a friend are struggling with any kind of addiction, we can help. Drop by at lunch anytime to schedule a confidential appointment for support.”